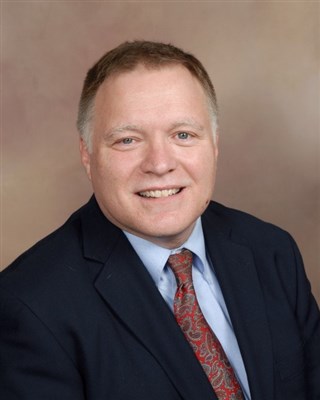 Let us be People of Hope even as we grieve

As resurrection people, we are reminded how grief turned into a new reality for the disciples and the world was never the same! Yet, through that time, there were all of these stages. As pandemic people, as United Methodists and yes, ever as members of our family, we all encounter these things. Let us be, above all else, a People of Hope.   When grieving comes, people who have a mature faith give witness to an uncommon relationship with God. Because this relationship cannot be taken away from them.

Peter Cartwright: The Work of an Evangelist

The work of evangelism belongs to all of us. The call of evangelism is to us because each of us have places to serve and to share what God is doing in our life. And if you haven’t started that journey, I invite you to do so today.

Lessons My Father Taught Me

He always talked about dying with his boots on. And for 49 years of active ministry, Rev. Eugene Black served the former Southern Illinois Conference. After taking a year off in retirement, he returned and served 14 years as minister of visitation at Mattoon First UMC. Over the past two weeks, as nearly 300 persons gathered for visitation and the funeral service, many more joining us through cards and expressions of sympathy, I have heard stories of how my father made a difference in many people's lives -- many of them after he retired from active ministry. But I would say there were some guiding principles to my Dad's life that made the difference in the impact he had on people.

The challenges of co-existence

The quest for peace continues to be elusive and will probably only occur when leaders on all sides of the conflicts -- be they between governments, religious faiths or denominations -- decide that the cost and pain of the status quo (doing nothing) is greater than the cost and pain of reaching an agreement and then following through with the tenets of that agreement.

In sending God's Son to the world in the form of Jesus, God provided a masterpiece that was just exactly what the world needed. The gift to the world is priceless, showing master craftsmanship with a desire to shape, in intricate detail, a relationship with humanity. And unlike the Nissan Brothers, there is no need to have cheaper products to fit smaller budgets because God's resources were infinite and the price was such that everyone could afford it.

We are created for community. Humans are social beings that have been created for covenant with God and community with others. But in order to have community, there has to be an outlet where love and grace flows. For the new ordinands, a lone ranger pastor may be able to survive and even thrive for awhile in ministry, but like Sunday's metaphors show, they eventually die. The truth also applies to laity as well.

A Song in the Desert

The trek of a disciple may be a journey through the desert but it can be a journey with a song in one's heart. And it begins with following Jesus, knowing he holds the greatest hope for Jerusalem to become a City of Peace.

The Greatest of These is Love

The greatest thing we can have is love. It was true for seven couples who renewed the marriage vows on Friday at Cana of Galilee. But it was a realization that also was owned by a community of 34 people -- some with spouses and others not -- that love will endure when stone block, mortar and human frailty fail.

When You Have Jesus, You Have Enough

A morning boat ride across the Sea of Galilee combined with a morning devotional set the stage for the first day of pilgrimage for the IGRC Ordinand Class of 2013, Bishop Keaton and others traveling with the group in the Holy Land.

Heifer International: not a handout but a "hand up"

Being from the Midwest, where some of the most fertile soil, has blessed us with bumper corn and soybean crops, makes this issue hard to conceptualize and yet, it exists. Our farmland has been called “The Bread Basket of the World,” because enough is grown in our region of the United States to literally feed the world – and yet hunger kills more people that AIDS, malaria and tuberculosis combined. And 90 percent of those suffering with hunger and poverty are living in other parts of the world not affected by famine, earthquake or flood, but because of the chronic persistent hunger that exists in the developing world, in particular, Africa, South Asia and Latin America.

Empower those who are hungry and you will see the difference between a “handout” and a “hand up.”

It was a most unusual and unforgettable Palm Sunday at Africa University. No Hosanna, Loud Hosanna. No Tell Me the Stories of Jesus. In fact, no palms. Seems strange in a land with tropical trees, there would be no palms when American churches clamor to find them so children can carry them in during a worship service procession. Adults smile, mothers and father snap pictures of darling children and we all get the warm fuzzies. And from a historical standpoint, nothing was said nor celebrated that on this Sunday -- 115 years ago -- British imperialist Cecil Rhodes had granted the nearly 1,600 acres of land to Methodist Bishop Joseph Crane Hartzell for a school to educate the children of white British workers who were building a railroad to transport then Rhodesia's natural resources to South Africa for transport to Great Britain.

And yet, it WAS Palm Sunday...Soli Deo Gloria -- To God Alone Be the Glory.

You don't have to look very far to see our conference's imprint on Africa University.  But perhaps it is a time to shift focus and help some of those high school students reach their dreams.  For the past several years, we have been funding scholarships for AU students, but what would a big dream look like? What would it mean to really make an impact on the African continent?

A new look for a new time

The September 2010 issue of The Current is a milestone on a number of fronts.

Our commitment has not wavered from those beginning steps as a new conference. However, times have changed and how people get their news and information continues to be in a state of flux and our latest move is in keeping with the times in which we live.
Blogs