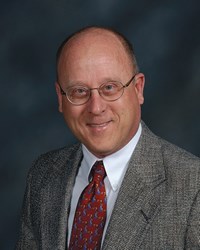 The church and the new overtime regulations (one man's opinion)

A lot of you have been asking my opinion about the new overtime regulations from the US Department of Labor (DOL) that go into effect on Dec. 1. Since there is no law against offering my opinion, you can take it for what it’s worth.

During the months of March and April, I traveled the extent of the IGRC, holding 10 district meetings regarding the proposed changes in the health insurance plan (Resolution 107) for 2015. By my very unscientific estimate, about 600 clergy and lay members of the conference attended these meetings – well short of half of the anticipated voting members at annual conference. However, rather than to rehearse (again) all of the factors that led the Conference Board of Pensions to make this proposal (all well-documented in the pre-conference workbook), I thought I would share some reflections from meeting with the faithful base of the conference, face-to-face.

Old, Fat and Sick -- and Not Taking Care of Ourselves

In our little group of about 1,000 active members (including spouses and children) there are 118 confirmed diabetics (there are probably many more who are undiagnosed). Of those 118 diabetics, only 12 completed all five of the preventive services recommended by the American Diabetes Association. Of our females over age 50, only half received a breast cancer screening and less than a third received a cervical cancer screening. Among all adults, only 37 percent had their cholesterol checked – other groups average 61 percent. Less than a third of us even went to the doctor for preventive care.
Here is the result of who we are and how we act: Last year, we paid out an average of $7,494 per person in medical claims. The rest of HealthScope’s groups paid $3,193. So, we are well over twice the average of other groups. There were 34 members in our group who had claims of over $50,000. The average catastrophic claim was $103,297 and the highest was well over $300,000.

Churches with multiple, full-time staff employees have a great opportunity to recover up to 25 percent of the cost of health insurance. The Health Insurance Credit is part of the Affordable Care Act and is designed to help small business and small tax-exempt organizations.

Changes to guidelines on Flexible Savings Agreements could impact your decision for 2012. With the loss of tax savings, you may want to take full advantage of the 2012 limits and have any elective procedures you are considering to be done in 2012. Examples of elective procedures include, but are not limited to, LASIC eye surgery, major dental work (crowns, dentures, extractions, root canals, etc.), and purchase of new eye glasses. By doing so, you may save money in taxes.
Blogs