How to deal with difficult people

By Barb Bolin
I am appreciative of life lessons over the years that have helped with my decision-making. I am reminded of a day many years ago, as a tired, young mother of a one-year-old daughter and a two-year-old son.  Both of my children had been running high fevers and quite ill all night. As I pulled into the parking lot of our pediatrician's office, I saw a truck pull out of a space and I pulled in. 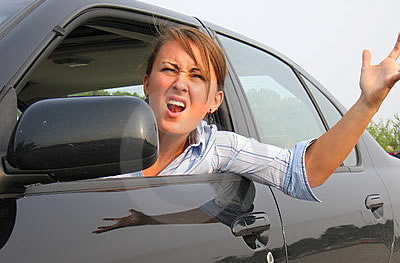 As I got out of the car and started to get my young son out, two women in a car pulled up. The driver started yelling at me and said, "What you did was stinky." She went on to tell me that I had known that she was waiting for the spot and that I was rude and inconsiderate. She caught me off guard, so in an irritated voice I explained that I had been up all night with two sick babies and was trying to get them to the doctor. As she continued to berate me, I had time for my emotions to recover from the original verbal attack.

I began to comprehend that I had not seen her and had taken the parking spot.I then walked over to the car and apologized. I told her that I had not seen her and would not have taken the spot if I had noticed that she was waiting.I then offered to pull out and find another spot. She began to calm down and said, "No, I will find another spot." I said, "Please, let me give you this spot. I don't want you to have a bad day."

She became teary and very soft spoken. She said that she was having a bad day anyway. Her mom was sick and nothing had gone right.  As I looked at her, I saw a frustrated, sad, and nice lady who was overwhelmed. A car pulled out next to me so she took that spot. We wished each other a better day and went on.

That incident has stayed with me all these years. I learned that with some people, I can take a difficult situation and help facilitate a different outcome. I first became defensive, but when I had time to quiet my emotions, I was able to better see what had happened and communicate in an empathetic, fair manner.

How we react to these situations influences if not determines the outcome of the situation.  We will all deal with difficult people, or people in difficult situations.  It is important to improve our abilities so we can handle these effectively.  Here are a few guidelines to consider: (Barb Bolin is a retired counselor who has spent decades working in the mental health field.)
Blogs