Every Child Means the World to Someone... 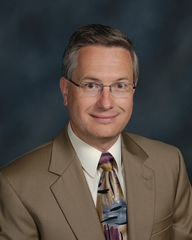 Every 45 seconds, an innocent child in Africa dies of malaria. We can make a difference!
Every child means the world to someone. In my case, a little boy in Liberia named Randy Quire means the world to me. Why? Because on May 8, 2006, the day he was born, his father called me on the way to the hospital to say that if this child was a boy, he would be named Randall. Actually, this was a tribute to the churches of the LaMoine River District, who just six weeks earlier had raised well over $20,000 to support the struggling orphanage where my friend was director. Your generous response met such a deep need in his life and ministry, that he responded in a way which seemed appropriate to him. He gave his son my name. How humbling.
In each of Randy Quire’s first four years, he has suffered life-threatening effects from malaria. Last September he was diagnosed with 2+ malaria, twice the number of parasites than a “normal” case. For children under five, 2+ malaria is often fatal.
Malaria infects quietly. But its wake is catastrophic. One bite from an infected mosquito can transmit a tiny parasite (plasmodium) into a person’s bloodstream. The onset of symptoms may take days or weeks, but the fever, chills, vomiting, and severe pain of full-blown malaria are debilitating. Without a complete course of the proper treatment—quickly—malaria can lead to anemia, convulsions, organ failure and death. (quoted from Imagine No Malaria resource)
Little Randy’s life hung in the balance for 24 hours as he suffered convulsions. Thankfully, he was able to be treated at a Catholic hospital in Monrovia, Liberia’s capital city. However, access to health care is unavailable to many African children. Randy is one of the fortunate ones.
Last month, after several days of work on the mission project at Tubmanburg, Laura and I were able to spend a day with little Randy and his family. He is learning to ride a new bicycle. He attends pre-school. He is part of Liberia’s bright future.
Every child means the world to someone.
(Randall Robinson is superintendent of the LaMoine River District. Reprinted with permission from the LaMoine River District’s Feb. 9 e-newsletter)
Blogs