Malaria is no more. Say What? 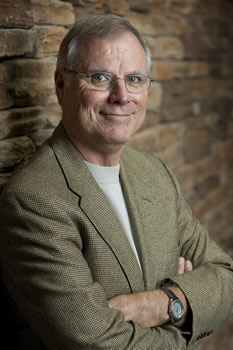 I got up this morning to an email that referred me to an article in the NY Times in which a representative of Malaria No More says the organization is about to close up shop. Why? Because malaria is coming to an end. Say that again? No more malaria?
Yes, according to the spokesperson for Malaria No More, their mission is accomplished.
No, the mission is not accomplished.
The fact is, children are still dying of malaria at an unconscionable rate. The provision of bednets over the past decade is reducing the incidence of malaria, and for that I am grateful. But bednets are no panacea, and they certainly have not ended this disease of poverty. What happens in three years after the current nets have deteriorated and are no longer effective?
More lasting solutions are required
The Malaria No More spokesperson called this organization’s efforts “a project.” No, a project is making a garden planter. Ending a disease of poverty is a lifetime commitment. Preventing the deaths of 5 million children a year is not a project in which you decide after you’ve tired of it, you claim victory, fold up shop and go on to something else.
I can only imagine what those researchers who have dedicated their lives to this disease are thinking about today’s proclamation.
And this raises another significant point. One-off projects that appeal more to the self-interest of the donor than to the larger problem are not the solution to long-term diseases like malaria, diseases that have plagued humankind since we started walking upright. This is why I’m very skeptical of the anti-institutional rhetoric that surrounds entrepreneurial, individualized social do-goodism. You know, one person can change the world stuff. Maybe, maybe not.
Institutions are cumbersome, bureaucratic, frustrating and maddening. I’ve criticized the institutional church as much as anyone. But it gets the job done at scale when it comes to missions such as ending malaria. It will be present with dying children and weeping mothers for the long-term, long after I’ve gone, long after the disease du jour has passed. And with strategic partners, the institutions we call mainline denominations have the capacity to cover a continent. This is scale that will make for lasting change. In this battle, nothing less will do.
Institutions Provide Scale, Sustainability, Systemic Change
So, hate ‘em or love ‘em, institutions are necessary because they are the way we organize to achieve scale, sustainability, long-term presence, endurance and systemic change. It’s fun and easy to kick them in the shins, they are so vulnerable to such attacks.
But one-off projects that don’t seek to create lasting change, empower people to develop their own solutions, and create a living wage so they can enjoy a measure of security are just one-off projects. They vanish as quickly as the fog in sunlight.
The real risk here, however, is that a premature claim that undermines the current progress to end malaria is dangerous to the extreme. This happened once before. In the 1950s malaria was almost wiped out. The world pulled back and decreased funding. A strain of malaria developed in southeast Asia that was more virulent than the prevalent strain. This new parasite ravaged the developing world, gained a foothold and has been depleting Africa of its children, its economic gains and its health care systems for the past 60 years.
We cannot pull back from this fight and allow that to happen again. It would be disastrous.
And so friends, don’t think for a moment that the fight against malaria is over. I hope I’ve even motivated you to join this fight that takes the life of a child in Africa every 45 seconds. I hope you go to the Imagine No Malaria website (www.imaginenomalaria.org) and send $100 or more to help The United Methodist Church train community health workers, create and train hospital boards of directors so they can re-create more effective hospitals and health delivery systems, purchase and distribute more bednets, create agricultural development and similar programs to help people earn a living wage, educate parents about preventing malaria and recognizing its symptoms, provide medications to rural clinics at the end of the road where poor people have no other healthcare.
This fight is a long way from being over, and it isn’t a project. It’s a commitment to a healthy life for all of God’s children. And we need to see it through–to the last child, in the last village at the end of the road, and beyond.
(April 2, 2011–An afterthought. How could such a claim as this escape the fact-checking and editorial process at the New York Times?)
(April 5, 2011–Since I posted this on Saturday, April 2, the staff of Malaria No More issued a statement saying the organization has never claimed “mission accomplished,” is not closing its doors and will only close after the goal of of ending malaria deaths in Africa has been accomplished.)
(Reprinted with permission from April 2 weblog entry, Faith, Media + Culture blog, www.larryhollon.com. Larry Hollon serves as general secretary for United Methodist Communications based in Nashville, Tenn.)
Blogs