Bypassing first base in the battle of second and third 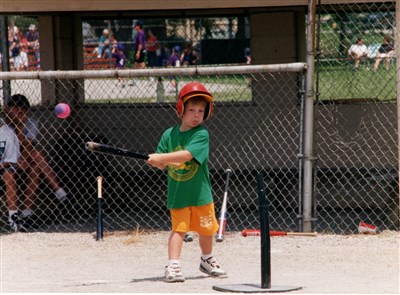 When my son Andy turned age 4, he began playing T-Ball in summer – a rite of passage known to many parents.

We were living in Mattoon at the time and the ballfield was situated next to the railroad tracks. The facility was perfect for T-ball except when a train came through during the game, which, as luck would have it, occurred almost weekly.

You knew to prepare for it. Those playing the outfield would pause and turn around to watch the train, while half of the infield would join as well. It then took a moment to re-focus their attention on the reason they were there – to play T-ball.

When Andy’s turn came to bat, he went up to the plate and the coach gave the same instruction to every player. “Hit the ball and run to the base!” he yelled.

There was one slight nuance the coach had not anticipated. Andy was left-handed and so the “base” that Andy saw to run to was third base, not first base. And hitting the ball off the tee, Andy ran to third base. While he made it safely, since no one was expecting that, he was called out when the ball reached the vacant first base. 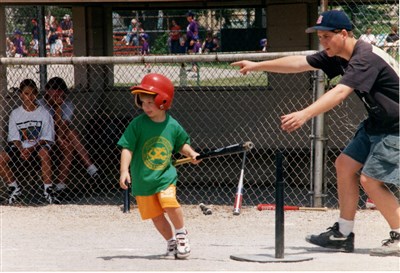 Andy was a quick study and the umpire even assisted with his second time at bat, pointing him in the direction of first base.

I thought of this story recently as I watch social media and the blogosphere running wild concerning the cancellation of General Conference until August 2022. The United Methodist Church is hyper-anxious and bloggers just continue to stoke the fires urging everyone to be prepared for a denominational split.

In fact, such bloggers have gone beyond providing information about proposed denominations; they along with pastors are even advocating congregations and annual conferences to “choose sides” when General Conference has yet to act.

The centerpiece of this separation is the Protocol of Grace and Reconciliation through Separation, a negotiated agreement brokered in December 2019 following a special session of General Conference. The Protocol will be a part of General Conference consideration when it meets but the choosing up sides is actually more dealing with third base instead of first base.

Recently, as head of the IGRC General Conference delegation, I, along with co-chair, the Rev. Sara Isbell, were invited to a virtual meeting with the North Central Jurisdiction College of Bishops after a May 8 special session was cancelled due to not being able to address a 16 time zone span and technological challenges.

When the Council of Bishops announced the May 8 special session, it was for a limited, expressed purpose. But when it did not include the Protocol, we saw a familiar response of mistrust and assignment of ulterior motives. Some advocated an attempt to suspend the rules and by a two-thirds vote consider the Protocol, which would mean the legislation would have had limited discussion and limited debate. The pundits reasoned that the Bishops were fearful to have a special session because such an opportunity would mean dealing with separation.

Actually, the cancellation came because of a plea from African delegates who would have to travel great distances to cities and pay amounts as great as two months’ wages in order to have internet access to join the virtual event. In fact, no one was more vocal in opposing the session than Liberian delegate, the Rev. Jerry Kulah, who has already announced he will be joining the Global Methodist Church when the Protocol passes.

There is also mythology that centrists and progressives are being obstructionists in trying to keep any separation from occurring. This is not true. In fact, the progressives are just as anxious as the traditionalists as they seek to reform the remaining United Methodist Church.

Considering that both ends of the theological and political debate agree on very little, it is safe to say that the common ground is holding General Conference as soon as possible in order to finalize a plan of separation so that clergy and congregations can decide upon their futures.

As we discussed the response of the cancellation with the NCJ College of Bishops, I posed what I felt was an important question. It was predicated on the Council’s interpretation that General Conference must be held before a regular jurisdictional conference (with elections) can occur. As I shared with the College, I cannot find any such provision either explicitly or implied that follows that thinking.

My question then was, “What is the Council’s plan when General Conference 2022 has to be postponed again” due to the pandemic.

I believe the most important question that needs to be answered is how do we get to first base – General Conference. While some have decried that the denomination is stuck and that our Discipline cannot address these unprecedented circumstances, I believe the answer is in our connectional system.

Due to the efforts of Imagine No Malaria, The United Methodist Church established health delivery systems in Africa that delivered bed nets. When Ebola struck several years later, the infrastructure was in place to deliver treatment. Why not use the same system to deliver vaccines to our delegates so they can attend General Conference in person?

In the Philippines, the United Methodist Committee on Relief has established delivery systems for disaster response on three occasions within the last two years. Why not use the same system to deliver vaccines to our sisters and brothers there?

I asked our College of Bishops to ask the Council of Bishops to make a request of UMCOR and make the vaccination drive a priority.

If everyone attending General Conference is fully vaccinated, the Commission on the General Conference can begin applying for visas for our international delegates to be admitted into the United States. The fact that we would have verifiable vaccination records for every single visa applicant would greatly enhance the chances for visas to be approved.

So how about it? Progressives, traditionalists and centrists – can we put aside the discussion of the three pillars of separation – pensions, property and power – long enough to ensure we have a reason to need those discussions once General Conference is held?

The pandemic has created a mission opportunity for the Church if it can resist the temptation of bypassing first base and trying to circle the remaining bases. And when we get focused on mission, there isn’t a big enough train that can distract us.