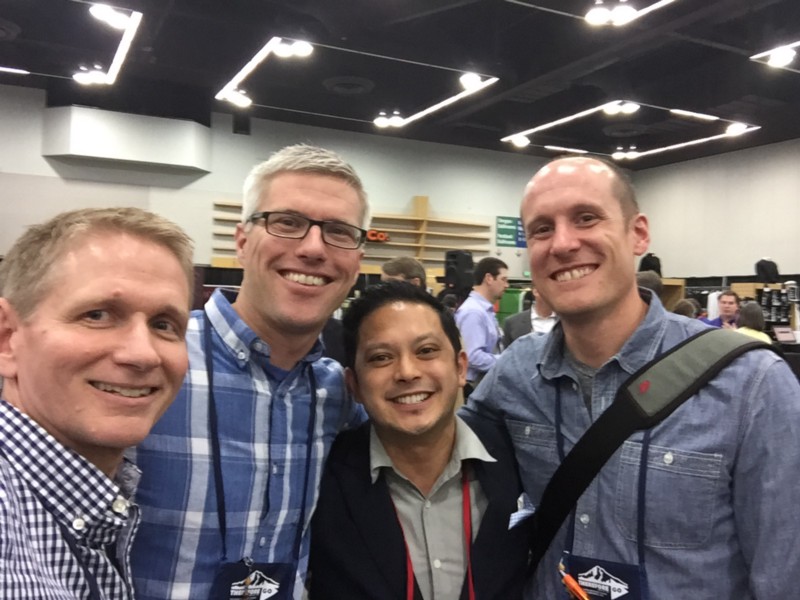 General Conference gets a bad rap. The litany goes like this: it’s long (with travel time it takes two weeks or more), it’s exhausting (delegates feel like they are in “meeting jail” from early in the morning ’til late at night, with little time to rest), it’s draining (many of the issues GC confronts are so emotionally charged, the debates are punctuated with personal stories of hurt and crowds of protesters who are not shy about their displeasure with certain church stances), and it’s expensive (one estimate was $1,500 a minute, although that figure likely does not include many hidden costs to delegates and observers). Sounds like the party everyone wants to crash, right?

Although there’s some truth to these claims, they’re not the full story. Here are three things I love about General Conference

1. It’s a family reunion.
By God’s grace and the privilege given me by the Illinois Great Rivers Conference, this is not my first GC. Over successive times, I have had the chance to make friends and renew old friendships with people from a broad cross section of our church. In the first couple of days here, I connected with friends from Texas, Colorado, Oklahoma, Florida, Idaho, Maryland, Ohio, Kansas, and Liberia, to name a few. I know no other place where this happens. The support of our global family lifts my soul.

2. We’re not in Kansas anymore.
In the first five minutes at General Conference, you get a sense that you’re part of something big. Although the conference is held in America, the 864 delegates come from 45 nations. To enable everyone to participate, all the sessions are simultaneously translated into seven languages. This year 31% of delegates are from Africa, joined by another 10% from the Philippines and Europe. Only 58% are from the U.S. Those percentages are constantly changing. As the United Methodist Church outside the U.S. continues to grow, especially the African church, the UM Church in the U.S. is shrinking. Some predict by 2020 the church outside the U.S. will be the largest part of our denomination for the first time in history. As a sign of that change, the General Conference is scheduled to meet in the Philippines in 2024. For those of us who spend a lot of time focused on the needs of our local church, GC opens our eyes to an immensely diverse community that shares Christ on a global scale.

3. God is at work.
With this many Methodists together, sooner or later you’re going to hear some stories. When 14-year old Hannah spoke on Friday morning, her story gripped the entire body. When she was 9, she saw first hand the consequences of unclean water in a small village in Africa. Girls her age had to walk 7 miles, one way, each day to get water for their families to drink?—?water so dirty, it looked like chocolate milk. The water they carried home often make family members sick. Sometimes it caused the children to die. She went to bed that night and prayed to God that what she saw was not true. Unfortunately, it was, but she realized she could do something about it. She came back to the U.S. and started doing as many odd jobs as possible to earn money. Her goal was to provide a new well that could give the whole village clean water. Over a year later, she was able to do that. It brought her great joy to know those families would no longer suffer because they lacked such a basic need. But she also realized there were so many other children just like her who still needed clean water. That’s when she began speaking to church groups, service organizations, and anyone who would listen about the dire need for clean water. Hannah has now raised enough money to build over 20 wells, and she’s just hitting her stride. She told us that she has discovered God’s purpose for her life, to serve others in desperate need. Hannah ended by saying, “If a little girl like me can do this, what could God do through your life?”