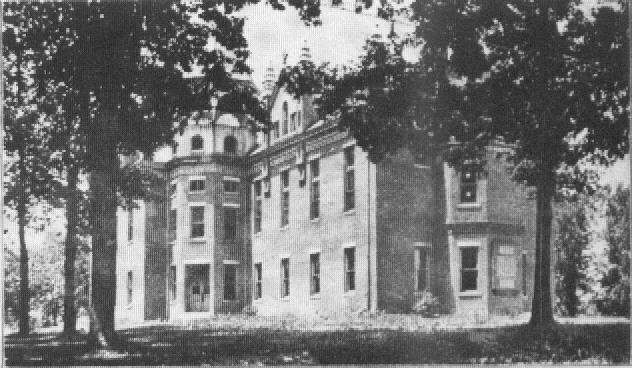 Westfield College was located at South & Fulton in Westfield. It was originally founded as Westfield Seminary in 1861 by the United Brethren in Christ. It was incorporated as a College in 1865. It's charter was granted by a special act of Congress passed Feb 15, 1865. The first Board of Trustees consisted of Walton C. Smith, Alexander Helton, David Ross, Samuel Mills, Hiram Elwell, Edmund R. Connolly, Daniel Evinger and J. H. Coons. The school was co-educational from the beginning and in some years granted both Bachelor's and Master's Degrees. Its peak enrollment, reached in 1909, was 160. It closed in June 1914 because of declining enrollment and lack of financial support. The building was subsequently used by the Westfield Township High School. It was destroyed by fire in 1917.

In 1877, the 17th general conference of the Church of the United Brethren in Christ was held at Westfield College, during which, Rev. Milton Wright, father of the Wright Brothers Orville and Wilber, was elected bishop on May 10, 1877.