By Paul Black
MT. VERNON – Rather than just celebrating the past, members of Mt. Vernon First UMC are seeing God’s work in their midst now and are planning for the future.

Kicking off with a bicentennial birthday party in November 2017, the church is involved in a year-long celebration aimed at taking in a full measure of God’s blessing. 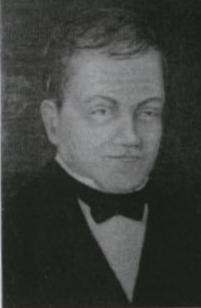 A group of pioneer settlers met on Nov. 1, 1818, in Edward Maxey’s log cabin 4 miles northwest of what is now modern-day Mt. Vernon. It was there that they organized a Society of the Methodist Episcopal Church and Zadok Casey preached the first services. A month later, Illinois was admitted into the Union and seven months later, Jefferson County was formally organized.

Born in Greene County, Ga., Casey was an avid disciple of John Wesley and became a community leader.  Very little is known of his early life, but one story suggests that he witnessed a murder and because he did not wish to testify, he fled to the western frontier.

Following the War of 1812, Casey ventured into the Illinois Territory. After founding the community of Mt. Vernon, she became an influential political leader in Illinois. He was elected to the Illinois House of Representatives in 1822, to the Illinois State Senate in 1826 and was the fourth state Lieutenant Governor in 1830. He served in U.S. House of Representatives from 1833 to 1843 whose politics was as a Jacksonian Democrat. His final term was as an Independent Democrat.

Casey's popularity among his neighbors was such that he twice received the support of every other voter in Jefferson County — when he ran for the Senate in 1826 and for Lieutenant Governor in 1830, only one opposing vote was cast in either election, and that vote was Casey's own.

Casey Creek, a tributary of the Big Muddy River, is named in honor of Zadok Casey. Casey Middle School and Casey Avenue in Mount Vernon are also named after him. In later years, Casey lived in Caseyville, Ill., also named after him because of his assistance in financing the Mississippi and Ohio Railroad through the center of town.

He died in 1862 and is buried in Old Union Cemetery in Mt. Vernon.

Following the Society’s organizations, the first church, known as Union Church, was located about 1 mile north of Mt. Vernon.

In 1835, the Methodists purchased ground the constructed a building on 11th Street, just north of the present-day city hall. Because it was the largest building at the time, it was also used as a courthouse.

In 1854, continued growth necessitated the need for a larger two-story building on Main Street where the present education wing is located. Casey presented the church with a bronze bell.

On Feb. 19, 1888, a devastating tornado destroyed the church and much of the city. Only the bell and a few records were salvaged. The entire downtown region was destroyed.

However, once again, Methodists rose to the occasion and the present-day structure, at the corner of 12th and Main streets, about 50 feet west of the 1854 building, was completed in just 10 months. Some of the more recent records unearthed show that carpenters from around the state to help rebuild the church.

The stained-glass windows, ceiling beams and architecture are from the 1888 building. Wings to the wings to the east and west sides of the sanctuary were added in 1914. Balconies and a full basement were added. In 1957, the education wing was finished, and the exterior of the church was given a veneer of Bedford stone to match the educational building.

The 200th birthday party was the beginning of the bicentennial celebration Nov. 3. The church’s past was highlighted in the service.

Scott Gibbs, a former member, composed and arranged Through the Ages for the service. It was performed by the composer’s brother and sister-in-law, Curt and Monica Gibbs.

Rev. J.W. Van Cleve, who was pastor from 1892 to 1896, wrote the hymn, Hallelujah! Jesus Saves Me, which was sung at the bicentennial service.

Several of the former pastors ruffled the feathers of town folk through the years. One of the church’s pastors upset a merchant so much he vowed he would whip him. The pastor was of slight build and the merchant was stout. One day, the pastor walked by the merchant’s store and he came out of his store ready to fight. The pastor got on his knees and prayed for God to save this man. The merchant couldn’t go through with it and there was no fight. 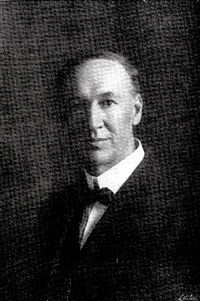 The Rev. Dr. John F. Harmon, was waging a fight against saloons during his five years in Mt. Vernon (1897-1902). During the first four years, the pastor, who stood more than 6 foot tall, wore a long Prince Albert coat and a derby hat, procured more than 400 indictments for illegal traffic in liquor, including a sheriff and several deputies.

It was during this time that a dynamite bomb was thrown at the parsonage. It failed to explode. Conference officials moved Harmon to East St. Louis, where the pastor commented about his ministry in Mt. Vernon, “We did some good work there. Mt. Vernon is a moral town now.”

Harmon was also responsible for helping the church to establish a mission on the east side of Mt. Vernon where Epworth UMC is located.

Long says that Mt. Vernon First is a congregation where “some quality people live their faith in tangible ways.”  He noted some families have been connected to the church for five and five generations.

Long said that while the past will be the focus during the bicentennial year, he is also asking the church to think about its future.

Quoting Dr. Jonas Salk, Long said, “Our greatest responsibility is to be a good ancestor. What kind of ancestor will you be?”