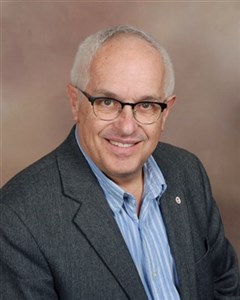 By Rev. David Schultz
A couple of weeks ago, I happened upon a new television show called, Living Biblically. It’s a sitcom which airs Mondays on CBS.

I missed the Feb. 26 pilot episode, but I did read Kevin McDonough’s review of the program in the Feb. 26 Moline Dispatch. He wrote the show “reminds us that religious discussions are ill-suited to laugh-track-added sitcoms.”

Living Biblically is about a New York movie critic named Chip Curry who is so moved by the death of his best friend that he decides to spend nine months following every rule of the Bible. However, Chip is not a religious man; in fact, he has never read the Bible.

According to McDonough’s review, “This leads to contrived sight gags about not wearing clothes of mixed fabrics and stoning adulterers. The pilot manages to shoehorn a ‘priest and a rabbi walk into a bar’ joke, too.”

And then McDonough says something quite profound: “Somehow, we never hear anything about comforting the sick or helping the poor or afflicted. It’s not that kind of Bible. Or Bible show.”

The Bible is the inspired Word of God. But much of the inspired Word of God was also intended for a particular people at a particular time in their history and it needs to be interpreted contextually. Laws about diet and grooming fit into that category. In fact, our context changed dramatically with the resurrection of Jesus; Peter learned that in Acts 10 when he was directed by God to eat “unclean” food. That lead to Peter’s compassionate inclusion of “unclean” Gentiles.

Acts of compassion such as those listed in Matthew 25 rise above time and place and are appropriate in any and every context and those acts of compassion are good news to those who are in need.

As Christians, we are called to be witnesses to the grace of God. Our words and our actions are meant to be “good news.” And good news is not only easy to share; it also spreads quickly. Within a generation of his resurrection, the good news of Jesus spread to the ends of the then-known world.

Good news still travels quickly. I serve on a couple of boards in our community, including the boards of both the Orion Fall Festival and Orion Lions Club. Those organizations recently helped an Orion High School alum named Josh Mitton to receive a pair of E-sight glasses. Before receiving those glasses, Josh had 20/200 vision; with the glasses his vision jumped to 20/40 – a remarkable improvement! Josh attended the March meeting of the Orion Lions Club meeting to express his gratitude, saying, “These glasses have drastically changed my life!”

As part of my work with the Orion Lions Club, I posted Josh’s story on our club’s Facebook page and within 24 hours, that story had reached 3,607 people. I was amazed. But it also underscores the fact that good news travels quickly.

As Christians, we have been entrusted with Good News of God’s salvation. We share that good news through acts of compassion and words of grace.

That’s what living biblically is all about.

(Reprinted with permission from the April 2018 issue of The Courier, the monthly newsletter of Orion UMC, where Rev. Schultz is pastor).