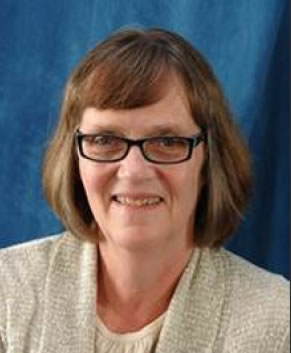 BLOOMINGTON – The Baby Fold Board of Directors announced April 2 the appointment of Dianne Schultz as the new President and CEO replacing Dale Strassheim who is retiring effective July 1. Schultz is the current Director of Academic Services for The Baby Fold and has been with the organization since 1992.

“Dianne has a deep commitment to the organization and has demonstrated outstanding leadership within Hammitt Schools and as a member of The Baby Fold’s Leadership Team for many years,” said Chad Allen, Baby Fold Board Chair. “We are fortunate to have her exceptional skills in strategic planning, leadership development, legislative advocacy, outcomes management and years of experience in the non-profit setting.”

In her current role, she is credited with anticipating emerging trends and community needs which translated into the expansion of school services to children with severe autism, and the establishment of Hammitt Junior-Senior High School program.  She also served as the Interim CEO from September 2001-June 2002 in which she provided oversight for the completion of the Oglesby East Wing building addition in Normal, capital campaign and 100 year anniversary celebration.

Beyond The Baby Fold, Schultz serves as the Vice President for the Illinois Association of Private Special Education Centers which is a statewide association for non-public schools, responsible for legislative advocacy and statewide policy development.

Dianne received her Bachelor’s Degree in Special Education and her Master’s Degree in Education Administration from Illinois State University.   She and her husband, Mark, live in Carlock, IL.  They have two sons, Zach and AJ, daughter-in-law, McKenna, and one grandson.

“It has truly been a privilege to serve The Baby Fold for the past 21 years, during which the Hammitt School programs have experienced significant growth and change.” said Schultz. “I look forward to guiding the agency along with the board and staff and serving the children and families in this larger role.”