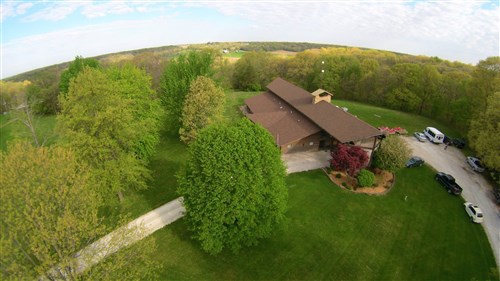 LEWISTOWN – The trustees of the Illinois Great Rivers Conference announced Dec. 18 that they have reached an agreement with a buyer for the purchase of Living Springs Camp near Lewistown.

Contracts were signed between the conference and Mr. and Mrs. Hector Corona of Chicago.  Plans for the property are to continue using it as a camp for children and youth in Chicago who are in need of new directions for their lives and live in communities which are filled with drugs and crime.

The final purchase price for the 160-acre campground and buildings is $900,000, with the closing set for June 1, 2019. Under the agreement, the Coronas will take possession of the camp and begin repairs on the property Jan. 15. The buyer will be responsible for all utilities and taxes (should the county revert the property from tax-exempt to non-exempt). The buyer must also provide proof of liability insurance.

The buyer will pay $50,000 in non-refundable earnest money Jan. 15 and an additional non-refundable $50,000 April 15 should the buyer be unable to close June 1. The buyers are already financially qualified to purchase the property.

Proceeds from the sale of Living Springs Camp will be directed toward capital improvements at East Bay Camp in Hudson and Little Grassy Camp in Makanda. Living Springs is the third and final camp that was closed by action of the 2015 Annual Conference.

“As we close on the sale of Living Springs, we celebrate the ministry that happened on this site and all the lives that were impacted for Christ there,” said IGRC Coordinator of Camping Patric Newton. “God has been unfolding a new vision for Camping and Retreat Ministry in our Conference and we are committed to living into that vision. Completing the sale of our former sites moves us one step closer toward the goal of revitalizing East Bay, Little Grassy, and Beulah.”

“2018 has been an excellent year for the future of the IGRC Camping strategic plan,” he said. “The IGRC Trustees under the leadership of Betty Treat have spent many hours to ensure the efficient sale of the Conference camps, having two camps sold in one year is proof of this. My gratitude and congratulations to both the Camping program and the Trustees for a job well done.”

The Coronas currently operate City Kids Camp in Dixon. City Kids Camp is a program of Educate-Trade-Create, an Illinois-based 501c3 non-for-profit corporation committed to providing adventure, fun, hope and life-changing experiences for children who live in some of Chicago’s most violent-prone areas.
The camp encouraged kids to stay in school and away from gang activities and other destructive or criminal behaviors too common in under-resourced communities. Based on the principle that it is better to build boys and girls today than repair men and women tomorrow, City Kids Camp is financed through partner corporations and child sponsorship and outreach programs.

Living Springs Camp’s history began in 1904 when a group of citizens in Lewistown contracted with an itinerant “dowser” to search for oil. The ideal spot for drilling was identified as the James Depler farm on the north side of Big Creek, 4 miles northwest of Lewistown.
While oil was never found, an artesian well with water full of minerals where persons would come and bathe in the springs. A resort ensued during the 1920’s but the facilities fell into disrepair and were vandalized. The Depler family was willing to sell the property to others who would be able to manage it.
In 1927, the Methodist Protestant Church saw an opportunity and the 1928 Annual Conference approved the purchase for $7,000, with the final payment paid on a loan from the Illinois Methodist Protestant Board of Education and the Board of Pensions and Relief on Oct. 17, 1929.
The first annual conference was held at grounds in 1929 at which time the camp was dedicated.
In 1939, the Methodist Protestant Church united with the Methodist Episcopal Church and the Methodist Episcopal Church, South to form the Methodist Church with ownership being turned over to the Illinois Conference of the Methodist Church, a predecessor of the Central Illinois Conference.
In 1945, the camp was given the name Epworth Springs with a chapel built in 1946. In March 1954, the chapel was named Broomfield Hall in honor of Dr. John Calvin Broomfield. Although Methodist Protestants had no bishops, two were elected from their ranks for the newly-formed Methodist Church. Broomfield was elected and went on to serve the St. Louis Area of the Methodist Church.
Additional land was purchased and changes to the facilities occurred through the years, including Fellheimer Lodge which was constructed in 1988 after a fire destroyed the old lodge.
In 1997, when the Central Illinois and Southern Illinois conferences merged, the newly-formed conference had five campsites – including Epworth Springs in Lewistown and Epworth Camp in Louisville. The camp was renamed Living Springs to avoid confusion with the campsite in Clay County.