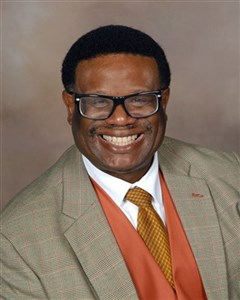 Watkins succeeds the Rev. Sylvester Weatherall who begins his ministry as lead pastor of Normal Calvary UMC after 7 ½ years as superintendent.
Watkins is currently pastor of Willow Hill UMC in East Peoria in the Illinois River District. In making the announcement, Beard said Watkins will continue as pastor at Willow Hill until June 30, 2020, assuming dual roles as conference superintendent and pastor.

“Bradley Watkins is a son of the Conference and comes to the office of District Superintendent with a wealth of experiences across the Conference and the denomination,” Beard said. “He is one of the most highly respected pastors in the Annual Conference. He is just the right person to provide leadership in this difficult season in the church.”
Beard noted that Watkins has been “an effective bridge builder everywhere he has served.” “I am confident in his leadership skills and ability and have experienced him as a godly man and servant of Christ and the church.”

A native of Peoria, Watkins is the son of retired pastor, the Rev. Bradley F. Watkins, who served as Champaign (and later Iroquois River) District Superintendent from 1991 to 1998. He is a graduate of Wiley College, a historically Black College and Gammon Theological Seminary. He was commissioned as a probationary member in 1987 and ordained as an elder in the former Central Illinois Conference in 1991.