By Paul Black
PEORIA – A second career pastor who has brought a “spiritual awakening” to his congregation and a young adult group that formed a new worship experience that is reaching between 40 and 70 persons weekly are the 2015 Harry Denman Evangelism Award recipients for the Illinois Great Rivers Conference.

In addition, two IGRC pastors who have demonstrated a consistent trend of growth in their ministries have been named the first One Matters Award sponsored by Discipleship Ministries (formerly the General Board of Discipleship).

The awards were announced and presented during the John Wesley Fellowship of Illinois dinner Thursday at Annual Conference. 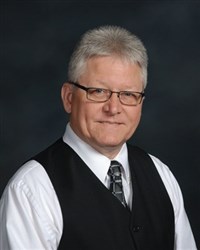 Mike Rucker gave his life to Christ at age 33 and left a family-owned business to enter the ministry. He frequently speaks of up all his old habit and his past and moving forward for the Lord.

“In 2010, Mike was appointed pastor at Trenton First UMC,” explained staff-parish chair Bill Simonson, who nominated Rucker. “A ‘church lady’ commented following the sermon that first Sunday that he would bring a spiritual awakening to Trenton First and it is happening! Mike brings excitement and gives hope.”

A pastor of all ages, Rucker is innovative in using whatever means to share Christ with the community – whether through puppets, through walking in parades or having his band, “The Misfits,” play. He has directed or served as Spiritual Leader for 19 Walks to Emmaus; and has participated in mission trips at Mardi Gras, the Indianapolis 500 and the Kentucky Derby.

“A helper of Christ is what I see in Mike Rucker,” added Doug Magnuson. “One who is led by the Holy Spirit for the sole purpose of leading souls to Christ. A true disciple of Jesus who one day will hear, ‘well done my good and faithful servant.’ And this is what I want to become – a true disciple of Christ.”

In a demographic group largely missing in today’s church, each has found individual ministries within the church, but as they reached adulthood, they began to struggle with the realization the church was slowly losing membership and there didn’t seem to be a strong connection to their age group.

This core group began in 2014 studying the book of Acts. In October, the group met with pastor Darryl Fansler and shared their vision for a new contemporary service, called Awakening.  Asking for a six-month trial period, the group held practice and preview services monthly in October, November and December with a launch on Jan. 10, 2015.

With Fansler’s support and the blessing from the St. Paul congregation, the service, which aims to “attract and fill a need for those who are consciously or subconsciously seeking a relationship with God, but do not currently have an intimate relationship.”

The service is casual, intimate, family-friendly. Attendance varies from 40 to 70 . Although music is contemporary, the service is a throwback to early Methodism – heavy on personal testimonies, centered around prayer, entire laity-led and ending with Communion and traditional liturgy.

“My role has been that of coach, cheerleader, resource provider and spending all the chips I had accumulated from a long pastorate to counter the arguments that ‘we have never done something like this before,’ Fansler said. “The pleasure I have received from this process has been watching those children and youth whom I had mentored in Confirmation Class burn so very brightly for God. Although I have been on the Awakening Team, I’ve let CRAVE and others take the lead because this service isn’t for my generation but theirs.” 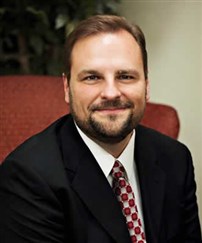 One of the fastest growing churches in the IGRC is Geneseo First UMC, and pastor Chris Ritter attributes that growth to several factors: Last year, Geneseo First had 41 professions of faith – third to Fairview Heights Christ (with 137) and Washington Crossroads (with 43). The previous year, Geneseo First had 57 and broke the 500-member barrier. The church finished a capital campaign May 17 to finance expansion of the church facility to accommodate growth. 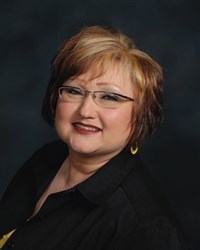 in a small, blue collar town of Kincaid and a population of 1400 and less than 100 in attendance, Midland UMC could easily be overlooked, but the ministry that continues to happens led one evangelism committee member to say, “God is doing something there.”

Under the leadership of pastor Linda Vonck, Midland's average worship attendance in 2013 was 95. They had 22 baptisms, 40 professions of faith and lost one member to death. In 2014, Midland had 7 professions of faith which placed the church in the top 10 percent in its statistical category.

Midland UMC gave 11.2 percent of their giving to missions.

The Denman Evangelism Award is named for the late Dr. Harry Denman, distinguished lay evangelist, whom Dr. Billy Graham called “my mentor in evangelism.” The award is made possible by The Foundation for Evangelism, which was founded in 1949 by Dr. Denman. Dr. Denman felt it was the business of every Christian to be an evangelist. It is most fitting that annual conferences today honor persons who carry out the spirit of Harry Denman.

The Denman Evangelism Award honors an IGRC United Methodist lay, youth lay and clergy person who exhibits unusual and outstanding efforts for work in Christian evangelism by faithfully carrying out the mission of “making disciples of Jesus Christ.”

The One Matters Award is a new award through Discipleship Ministries of The United Methodist Church which recognizes churches and leaders who are turning things around in making disciples of Jesus Christ.

The award seeks to encourage churches to begin reversing the trend that saw more than 70 percent of UMC congregations in the United States not recording any baptisms for anyone age 13 or older in 2013; and 55 percent did not baptize anyone age 12 and under, according to the General Council on Finance and Administration (GCFA). In addition, 50 percent of local churches did not have any professions of faith that year.