IGRC youth equipped to challenge a culture of violence 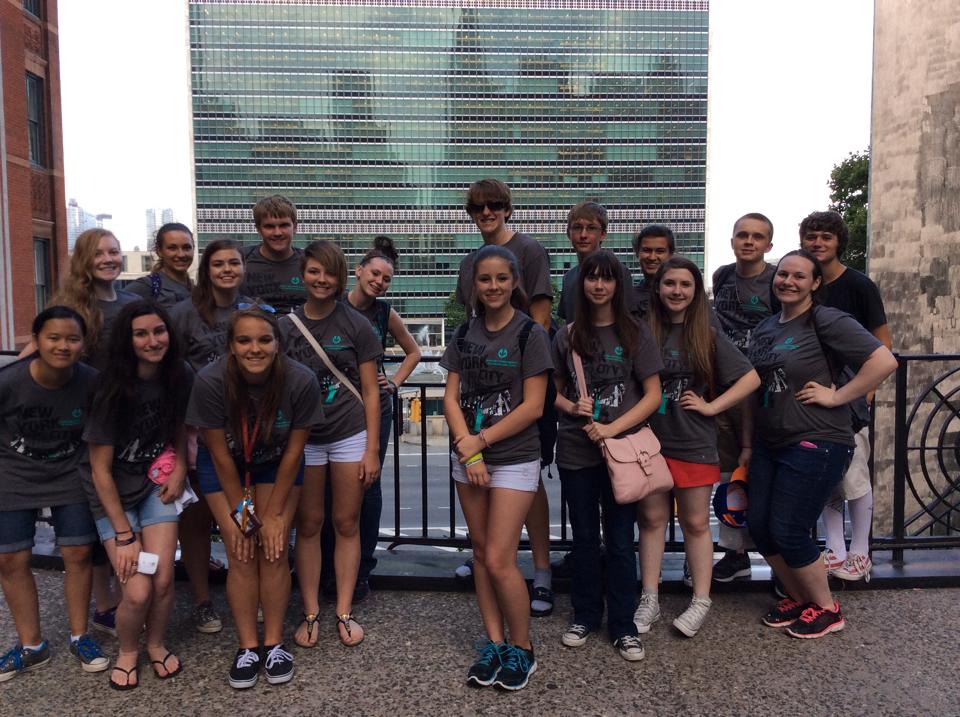 NEW YORK CITY -- Of all the opportunities offered on the Illinois Great Rivers Conference New York City 2014 seminar trip, the favorite—by far—was the seminar itself.  Second on the favorites’ list was a Broadway show; third was worship at Riverside Church, and fourth was Hurricane Sandy clean-up on Staten Island.  It says something about our youth today that spiritual formation through Christian conversation, worship, and acts of mercy trumped the nightlife in Times Square, a visit to The Top of the Rock, Fourth of July fireworks, and even the cute guy in the hostel café.

The group of 19 high school youth and four adults from all over Illinois (and one from Missouri) departed June 27 and returned July 6, traveling by bus overnight both ways.  They stayed at Hostelling International NYC, which offers comfortable, clean lodging at a reasonable (for NYC) price.  Each day started with devotions and an overview of the day’s itinerary and ended with singing and reflection on various scriptures which call disciples of Jesus Christ to selfless, unconditional love of neighbor and enemy.

Challenging a Culture of Violence

The theme of the New York City 2014 seminar, which was sponsored by The United Methodist Women and held at the Church Center for the United Nations (CCUN), was “Challenging a Culture of Violence.”  The seminar began each day with creative scripture lessons in the form of role plays and small group conversations. 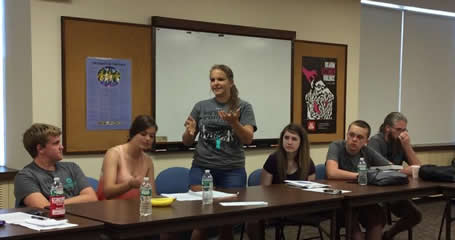 The seminar also included workshops and sessions on the dynamics of oppression; racism, bullying, and violence in a post-9-11 world; violence in intimate partner relationships; human trafficking; and ending the commercial sexual exploitation of children.

There were two field trips as well.  One was a visit to The Door, a comprehensive service center in Soho that provides everything from health care to legal services and recreational opportunities free of charge to 12-21 year olds.  A second trip was made to the United Nations headquarters, which is situated immediately across the street from the CCUN.  Participants learned about the UN’s commitment to peacemaking, collaboration between nations, and improving lives world-wide through adequate health care and the protection of human rights.

Asked about an action plan upon arriving home, participants gave answers like these: “I am planning on ‘being the change’ that I wish to see in the world.” “I will share about how many acts of violence there are and how the church needs to talk about them.” “I will be a more non-judgmental person,” and “I will do everything I can do to support people in my community.”

Acts of Piety and Works 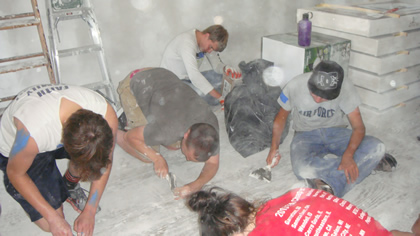 On Sunday participants attended Riverside, a church well-known for its prophetic preaching and social justice ministries as well as it beautiful Gothic architecture.  The sermon that day was “The Most Fatal Attraction,” based on the story of Jesus’ temptation in the wilderness.  The preacher, Bishop Oliver Clyde Allen, III, of The Vision Church of Atlanta, cautioned the congregation that they must be very careful that in the course of satisfying their own hungers they do not drive others from the table.  It was Gay Pride Sunday at Riverside—as it was in many New York City churches that day.

One day was spent at a home on Staten Island where 14 feet of storm-surge water destroyed the home of a single mom, who also had been defrauded by a construction company.  Participants painted walls and ceilings, taped, reorganized materials, scraped plaster blobs off the floor, and separated recyclables from other trash.  The site supervisor was a member of the Tunnels to Towers team with whom the United Methodist Committee on Relief (UMCOR) collaborates.  Tunnels to Towers is a non-profit organization whose commitment to the restoration of lives is inspired by a firefighter who died in the 9-11 tragedy.

Two afternoons and two full days were dedicated to touring.  Broadway shows were the favorite touring destination, and one youth, Joslen Summars of Bement UMC, brought home the best souvenir ever:  a selfie with Daniel Radcliff (aka Harry Potter). Several others obtained autographs.   Shows included “The Cripple of Inishmaan,” “Bullets Over Broadway,” and “If/Then.”  Fireworks, the Empire State Building, and Times Square were also hits.

Other sight-seeing destinations included the Statue of Liberty and Ellis Island, Central Park, the American Museum of Natural History, and the Museum of Modern Art (MOMA).

Here are a few things that the group learned about NYC:

Next summer’s youth trip will be to Youth 2015 to be held at the World Center Marriot in Orlando, Fla., June 24-28.  The IGRC will be providing transportation, subsidies and scholarships, and organizational leadership.  Washington, D.C., will be 2016’s destination, and we will return to New York City in 2017. Contact the camping office at 217-529-3007 for more information.