By Paul Black
Two recipients of graduate-level scholarships have finished their studies at Africa University and are beginning their professional careers.

Melvin Nye Payekar of Liberia and Ivan Milosi of the Democratic Republic of the Congo have been recipients of two graduate study scholarships where one of the recipients is from Liberia and the other from another African nation. Both biographies have similarities and both saw their dreams fulfilled for an education met through the generosity of offerings within the IGRC.

Both graduated from Africa University's Institute of Peace, Leadership and Governance, the newest of Faculties (Schools) at Africa University, which seeks to train students to return to their country and assist in ways to bring about peace and reconciliation. 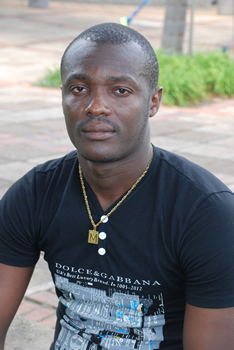 Payekar has returned to Liberia where he serves as an advisory service consultant at the General Auditing Commission of Liberia.  The General Auditing Commission (GAC) is the independent Supreme Audit Institution (SAI) of Liberia and the Chief Watchdog. It is the defender and promoter of the Liberian people's interest; therefore, the first line of integrity in Government. The GAC is headed by an Auditor-General who is committed to delivering quality audits. Its goal is to “promote accountability, transparency, integrity and fiscal probity.” Its offices are located in the Old Executive Office building in the nation’s capital city of Monrovia.

Payekar received a bachelor's degree in accounting at the University of Liberia in Monrovia and was a candidate for a master's degree in business administration when he wasn't able to continue his studies due to the death of his father. His father was a lab technician at Ganta Hospital for 30 years before his sudden death. With finances being an issue, Payekar found the PLG program at Africa University and a new dream was kindled.

"I feel Liberia will need us to carry some sort of leadership into the future by participating in our government," he said. "My education is providing ways in whcih we can go about building a society free of war and violence."

The third of seven children, Payekar said his mother farms to provide a standard of living for his family and that he has attained the highest level of education among his siblings.

"Coming to Africa University was a privilege and I am honored that your conference identified me for a scholarship," he said. "I want to extend my thanks and appreciation." 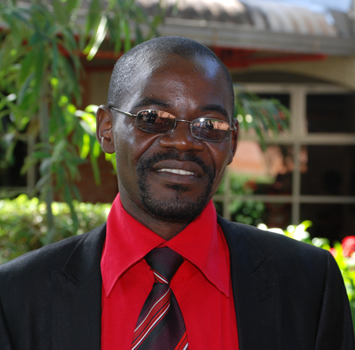 Following graduation in June, Milosi is preparing for an internship at the Wesley Foundation at Purdue University in West Lafayette, Ind., for the 2014-15 school year.  IGRC pastors Glen and Lana Robyne serve as campus ministers.

“This internship will give me a first-hand experience in working with youth and young adults,” Milosi said. “This will allow me to go back next year in May to my country and work with young people.”

Milosi is the son of a United Methodist pastor and finances were an issue for him as well. After graduating from Africa University in June 2010 with a Bachelor's of Divinity degree, he had to return home because he couldn't afford to continue his post-graduate education.

Returning to the Congo, Milosi began working with youth -- not in a church setting -- but in society and in the communities where the youth live. "We had gone through long periods of war," Milosi said. "Helping youth to live, to build peace and to accept one another is a way of ministering to one another."

Milosi believes that the youth can provide a witness to other generations. "It is a way in which we can say, 'there's another way besides war and there's a way of dealing with our differences that separate us from one another," he said.

Africa University was the place of transformation for Milosi that gave birth to his dream. "When I came here, I had another view of the world, knowing that we as Congolese were at war with all these countries. My mind was transformed when I had to share a room with someone from Burundi and someone from Uganda. And through living that transformation, we can transform others."

Milosi believes the IGRC is a vital partner is this dream. "Without what the IGRC is doing, we would never be able to say, 'the dream is alive,'" he said. "There are millions of young people in Africa with dreams; they just don't have the resources to fulfill them. So I really appreciate the work of your conference as you help us fulfill those dreams."