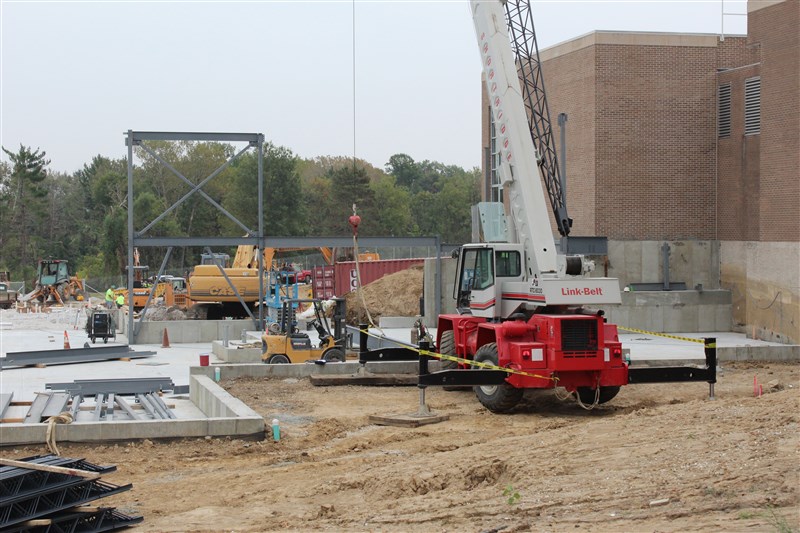 After several weeks of prep work, construction crews are starting to erect structural steel on the new school at Chaddock. More than 15,000 cubic yards of dirt have been moved, 1,500 cubic yards of concrete poured and 4,000 tons of gravel laid. The plan is to have the building under roof before winter weather sets in so that work can start on the inside during the winter months. The project is still on its timeline for children to occupy the new school by the start of the 2016-17 school year.