In Cartwright's Shadow: The ministry of Braxton Parish 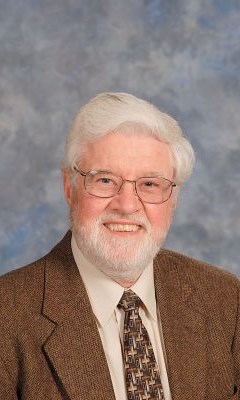 Illinois’ Peter Cartwright (1785-1872) was known for his frontier hardiness, camp meetings, passion to spread the gospel and involvement in Illinois state politics. He cast a long shadow across early Illinois Methodist Episcopal Church history. But he was not alone.

Braxton Parish (1795-1875) also migrated from a southern state, preached in Illinois from 1822-1875 and started scores of Methodist Episcopal churches in southern Illinois Counties (Franklin, Williamson, Saline, Gallatin, Hamilton and Jackson). Parish served in the Illinois Legislature from 1835-1845, including a stint as Speaker Pro-tem of the Senate. Like Cartwright, Parish was a democrat who lost a political fight with Abraham Lincoln when the state capital was moved from Vandalia to Springfield. In the legislature, Parish opposed slavery, advocated for township schools and balanced state budgets.

In 1821, Braxton Parish, his wife and two boys walked 240 miles from Tennessee to settle in Franklin County, IL. On their way through Nashville, Parish spent most of their money to buy a bible. He entered Franklin County with just 18 cents in his pocket; he was met by Alexander McCreery. McCreery, the largest landholder in the area and a skeptic, thought Parish was a fool for carrying a bible instead of a grubbing hoe. But the skeptic was no match for the newcomer’s faith. Two years later, McCreery and his wife were converted at a Camp meeting in McLeansboro, Illinois. He helped Braxton Parish establish Liberty Methodist Church in 1825. Parish and McCreery worked together for the next fifty years strengthening the Methodist movement in the area.

In 1822 Braxton Parish helped start the first class meeting in the county. Like many pioneers, Parish was versatile, working as a farmer, road surveyor, county magistrate and postmaster before being elected to the state senate. He continued to preach during his ten years in the legislature and four years as a Land Agent in Shawneetown. Many churches were birthed by  his preaching, including Greenwood Methodist. Founder Carter Greenwood said, “My wife and I provided the place and Braxton Parish changed our house into a church.”

Although became he became a Methodist deacon in 1828, it wasn’t until September 24, 1849, at the age of 54, that he became a traveling elder (probationary). He was questioned by Bishop Janes in Quincy, along with 13 other candidates. The others were young enough to be Braxton Parish’s sons. After being admitted on trial, he was appointed to Marion, just 18 miles south of his home in Benton. He had served as Marion’s state senator from 1835-1844.

In September of 1850, he was appointed to be the founding pastor of Benton Methodist in Franklin County. The church had grown out of class meetings Parish led in 1847. As population in the area grew, state senator Braxton Parish had supported the legislation that divided Franklin County into Franklin and Williamson Counties. In 1839, the town of Benton was plotted in the geographic center of the new Franklin County (the north half of the old county). Parish said, “I once chased a bear over the very site of this town.” That fall, he co-signed a loan so that his step-son, John T. Knox, could buy the first lots -- 17 lots in the new town of Benton.

In 1851 Braxton Parish was appointed to Lebanon, the home of McKendree College. Peter Cartwright had helped start McKendree; Braxton Parish was in his shadow again. The Lebanon Methodist church had always worshipped in the college chapel. But during his year there, Parish helped the congregation build their own church building, complete with a basement. In 1852, he was discontinued from the itinerant ministry but continued to serve as a local deacon for twenty years. He was appointed to Harrisburg (1867) and again at Benton (1870). In 1874 Parish gave speech on early pioneer life which was printed on the front pages of area newspapers and became a chapter in Franklin County’s 1918 centennial book. 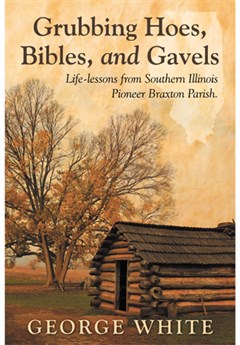 Unlike Cartwright, Braxton Parish never became an elder in the ME Church and was little known beyond southern Illinois. He continued preaching and at age 76 was one of three preachers who led a two-month camp meeting that launched a new congregation. Braxton Parish died August 16, 1875, at the age of 79. He was buried in Benton’s Old City Cemetery, in the shadow of Benton’s Methodist Episcopal Church.

When Franklin County celebrated its 150th year in 1968, the theme song included a verse about Braxton Parish: “Parrish preached at Fancy Farm where he often would go, He needed but gun and Bible, some thought a grubbing hoe….”

The M.E. Southern Illinois Conference wrote a tribute after his death and described Rev. Braxton Parish as “a venerable and beloved Local Elder, an early and worthy pioneer of Methodism…and efficient co-laborer with the itinerant ministry of the church.” His contemporaries described him “…As a man of much reading, of elegant common sense…an eloquent and forceful speaker…of untiring industry. No one in this part of the state had more or warmer friends. His influence for good was felt far and wide….”

A historical biography “Grubbing Hoes, Bibles and Gavels; Life-lessons from Southern Illinois Pioneer Braxton Parish” is available through Barnes and Noble or Amazon. Author George White, great-great-great grandson of Braxton Parish, is a retired pastor of the Iowa Conference.