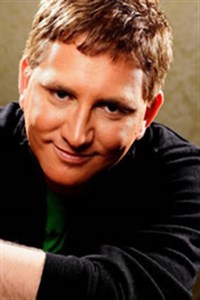 Rayson, of Pleasant View, Tenn., is a native of Australia and no stranger to the Illinois Great Rivers Conference, as he has ministered in a number of local congregations and most recently, served as worship leader for Covenant Keepers 2009.

After completing his education in tiny rural Australian schools, Rayson went on to a career in the media. After hosting number 1 rated radio programs in rural, regional and metropolitan markets and writing many national radio commercial campaigns, he heeded God’s call, and went on to ministry with the Uniting Church of Australia – an amalgamation of Methodist, Presbyterian and Congregational Churches -- the third largest denomination in the country.
Rayson’s first pastoral role was in the regional town of Port Lincoln, South Australia… where Steven Spielberg filmed the underwater scenes of the movie ‘Jaws’. He also served as Chaplain/Pastor to the local High School of 900 students and 60 staff. From Port Lincoln, Rayson took an appointment to the capital city of South Australia (Adelaide), where he served in 2 parishes – Marion and Seacliff.

With a passion for music infusing his pastoral ministry, and increasing time away from his churches accepting invitations to preach and sing elsewhere, he stepped out of fulltime pastoral ministry in 2000 and started Mike Rayson International Ministries, which is partnered with Compassion International. The ministry organization runs under a 13-member board of directors and a constant prayer team that has members spanning six countries.

In 2005, Mike and his wife Amy, and their children Sam, Laura and Oliver, heeded God’s call on their lives and relocated their ministry to the other side of the world, just outside of Nashville. He is a regular worship leader and preacher at the Upper Room, and was also invited to minister last year in the world famous Central Methodist Meeting Hall in London, UK.

He has ministered with such people as Anne Graham Lotz—daughter of legendary Christian Evangelist Billy Graham; Rev Dr Len Sweet—author and theologian; and has shared the musical stage with Darlene Zschech—composer of the song Shout To the Lord.