Dr. Karen Westerfield Tucker, an IGRC elder, will be preaching the opening worship of the 2010 Annual Conference to be held in Peoria June 2-5.

Rev. John Hamilton, pastor of Springfield Laurel UMC, will be preaching at the Thursday afternoon Service of Commissioning and Retirees Recognition. Hamilton is one of 15 clergy members that comprise the retiree class of 2010. 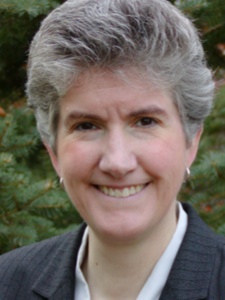 Tucker is professor of worship at Boston University School of Theology and has done extensive work in the area of liturgical history and hymnody. The 2010 annual conference theme is Passionate Worship: Lost in Wonder, Love and Praise.

A probationary member of the Baltimore Conference in 1978, Tucker was ordained an elder in full connection in 1981 by the former Central Illinois Conference. She served as associate pastor of Rock Island First UMC and associate director of the Wesley Foundation at the University of Illinois before pursuing a doctorate in liturgical studies at the University of Notre Dame. She was on the faculty at Duke University for 15 years, and has taught seminary and continuing education courses throughout the United States and Canada, and in Asia, Pacifica, and Europe.

Dr. Westerfield Tucker is the author of American Methodist Worship (Oxford University Press, 2001). She conceived and edited The Sunday Service of the Methodists: Twentieth-century Worship in Worldwide Methodism (Abingdon/Kingswood, 1996), and with Geoffrey Wainwright edited The Oxford History of Christian Worship (Oxford University Press, 2006). She is a writer for the Wesley Works Project (Abingdon Press), and is working on a book drawn from her research as a Luce Fellow.

The President of the international and ecumenical Societas Liturgica, Dr. Westerfield Tucker is also editor-in-chief of the society’s journal Studia Liturgica. She serves on the Executive Committee of the World Methodist Council, relates to the Council’s Committee on Ecumenics and Dialogue, and is a member of the international dialogue between the World Methodist Council and the Roman Catholic Church. 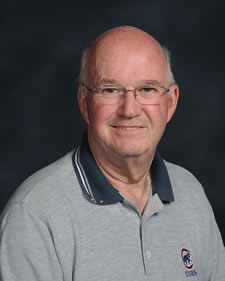 Hamilton was granted probationary status in 1969 and was ordained an elder in full connection in 1973.

Video presentations produced by the IGRC Communication Ministries team in cooperation with Preachers’ Aid Society and Benefit Fund, will be part of the Thursday afternoon celebration.