Running Green in a Red and Blue State

WINDSOR – It’s a Monday afternoon at Windsor High School and in Don Crawford’s social studies class, talk is already on the 2012 election.

The veteran teacher poses the following question: “If President Obama would run against Sarah Palin, who would you vote for? And why?”
His second question was just as provocative as the first, “Other than Sarah Palin, who would you want to see run against President Obama in 2012?”
After the class spent time wrestling with personalities, Crawford then honed in on the issues.
“What advice would you give Obama’s economic team?” Crawford pressed. “Where would you cut? Are there areas where you would spend more? What would you do to approach balancing the budget?”
It is this type of interaction with the students that Crawford relishes. “They are part of the voting public and some of them may run for office one of these days.”
Crawford himself has already taken the plunge. After garnering 34 percent in a race for the County Board as a Green Party candidate, Crawford was urged by fellow Green Party members to run for lieutenant governor in a state that is dominated by the two major parties.
“My biggest complaint is that we aren’t taken seriously,” Crawford said. “There is no news coverage (of the Green Party) and the election laws favor maintaining just two major parties. And because we will not take political action committee money, access to the airwaves has been reduced to Facebook and YouTube and not television and radio.”
Under Illinois law, a party must attain at least 10 percent of the popular vote in a gubernatorial election in order to be considered “a major party.”
The major party status is of great benefit in that major party candidates need only 2,500 signatures to be placed on the ballot. Otherwise, the threshold is 25,000 signatures, or 10 times the number required of Democrats and Republicans. Once a party receives 10 percent of the popular vote, they must continue to receive at least 5 percent or lose their major party status.
In 2006, candidate Rich Whitney achieved that in a race that pitted Democrat Rod Blagojevich and Republican Judy Baar Topinka. Whitney is back for a second run for governor and was paired with Crawford. 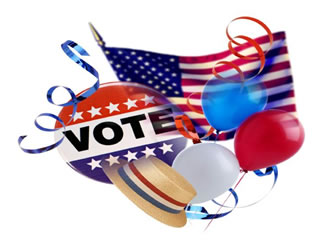 What is striking about the Green Party platform is the detail to which the party outlines how it would solve the state’s financial crisis. While incumbent Pat Quinn and challenger Bill Brady have been less than specific in their budget proposals, the Green Party has unveiled a detailed plan that includes the following:
“Unlike the other candidates, we put a plan out there that voters can look at and evaluate,” Crawford said. “Brady’s plan of cutting 10 percent, when you take into account things that have to be paid will probably be closer to 40 percent of discretionary spending. And with the tax restructuring through use of larger exemptions, it was estimated that 60 percent of persons will be paying the same or less under our proposal.”
To the skeptics who look at the possibility of electing a Green Party governor and lieutenant governor with a legislature of either Democrats or Republicans in majority (there are only eight Green Party candidates for the General Assembly), Crawford quickly responds, “Can we do any worse than they have? Give us a chance.”
Stewardship of the environment is a large part of the Green Party emphasis. While some see environmental activism as a threat to job creation, Crawford said it is a job creator as well.
“We’re looking at green jobs – windmills and solar power – and the machinery for such enterprises has to be manufactured somewhere,” he said. “With geo-thermal, we are already making the shift from coal power to wind and solar power. We can help shape our future by being involved with it.”
Crawford, who is a member of St. Elmo First UMC, sees his political activism as part of his Christian witness.
“I always saw John Wesley as an advocate for those who don’t have much … whether it be the mentally handicapped or single mothers,” he said. “I am running for lieutenant governor because by virtue of the office, that officeholder chairs the Rural Affairs Council, the Main Street program for small business and is considered the state’s chief advocate for small communities.”
“I grew up in St. Elmo and like most communities the downtown area is a shell of what it used to be…businesses have closed and there is nothing replacing them.”
Within the church, Crawford sings in the church choir, has served as both lay leader and lay member to annual conference.
One of Crawford’s fellow Methodists from St. Elmo who attended high school at the same time as Crawford is Forrest Claypool, who is an independent candidate for Cook County Assessor.
Claypool, himself, has been seen by many in Chicago as a political reformer, having butted heads with the Daley Machine in Chicago.
A 1973 graduate of St. Elmo High School, Crawford graduated with a bachelor’s degree in political science in 1977 and a master’s degree in public administration in 1981 – both from Eastern Illinois University. He has a second master’s degree in school counseling from EIU in 2001.
Crawford chairs the Fayette County Green Party and serves on the St. Elmo Library District Board.
Crawford has been a teacher and counselor at Windsor High School since 1992 and believes his candidacy has enriched his students in their educational development.
“When I first considered running for office, I talked with our principal and they didn’t see there being a problem,” he recalled. “After all, the junior high social studies teacher is a conservative Republican, the high school history teacher is a Democrat and I am with the Green Party. That pretty well covers the spectrum.”

Learn more about the candidates, parties