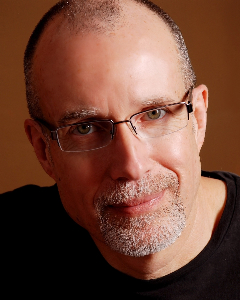 “In 1999, I was reading the Dayton Daily News when my eye was caught by an ad featuring a new luxury sedan, a BMW, for lease,” Slaughter recalls. “Being a car fan, I found myself checking out the various features. Then, my eye was drawn to a picture on the opposing page of a clearly emaciated child featured in an article about famine in the Sudan and the tragedies of the civil war between North and South Sudan.”
Slaughter says he was convicted by that juxtaposition of the sedan, the heart of our culture, versus the Sudan, the heart of God, and the fact that “I knew many things about the luxury vehicle and nothing about the conflict in Sudan.” Although that experience did not lead Slaughter to immediate action, he was not able to shake the conviction that he was supposed to do something about it.
Five years later, in the fall of 2004, Slaughter was reading one of the very few news stories published in that entire year about the crisis in Darfur that had begun in 2003. Hundreds of thousands in Darfur were at risk of starvation since the violence had prevented crop planting at the start of the growing season.
“ At that time, I clearly felt God's urging to engage the Ginghamsburg faith community, ‘no holds barred,’ into serving the needs of the vulnerable victims of this senseless war,” he said. “That Advent season, I reminded Ginghamsburg attendees, ‘Christmas is not your birthday…it's Jesus' birthday!’ and challenged everyone to have a simple Christmas that year. All were asked to spend only half as much on their own Christmas as they would normally spend and to give the rest as a Christmas Miracle Offering to serve the people of Darfur.”
That same challenge has been issued in all subsequent Advent seasons, generating a total of more than $5 million for humanitarian development projects in Darfur from January 2005 to the present.
Ginghamsburg’s work in Darfur, in partnership with the United Methodist Committee on Relief (UMCOR), has involved three primary initiatives since early 2005. A sustainable agriculture program has reached 80,000 people. A safe water and sanitation project is currently providing safe wells and water yards for more than 100,000. And a child protection and development program is constructing schools and training teachers, with 22,000 children enrolled since the program’s inception. In 2011, the church plans to continue their work in Darfur while also planting a church in the northern part of South Sudan, near the border with Darfur.
“Christmas is not your birthday...it’s Jesus’ birthday!” and so often we bemoan the commercialization of Christmas. Many churches and persons, in a search for deeper meaning are resorting to alternative means to make a difference in their world.
In the spirit of the 12 Days of Christmas, The Current has compiled a list of 12 suggested ways of giving. While not an exhaustive list and individual and church giving is only limited by our own imagination, it does represent the breadth of opportunities we have to share with the least, the last and the lost.
View the 12 Ways of Giving...
Related story: A New Way to "Do" Christmas...
News