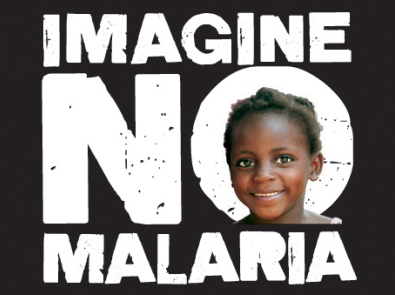 The Illinois Great Rivers Conference has begun its campaign to raise between $2.3 and $3.5 million over the next three years as part of the denomination’s Imagine No Malaria campaign.

The campaign will launch in the Spoon River District with a Celebration to Save Lives on Sunday, Dec. 12 at Monmouth UMC. District events will be scheduled in the near future and the IGRC Communications Team, working in cooperation with Imagine No Malaria, have developed a number of resources to keep you informed.

Beginning Jan. 10, an e-newsletter will be produced every other Monday for the IGRC campaign. The e-newsletter will automatically be sent to pastors’ IGRC email accounts. Pastors can easily forward or share the e-newsletter with their own mailing lists.
Other persons that wish to subscribe may do so by visiting the E-newsletter subscription page on the IGRC website. Make sure Imagine No Malaria is selected.
If you already receive one of the conference’s e-newsletters, you will receive a response that “You are already subscribed.” An email will be generated, asking you to update your profile, which enables one to check and uncheck those publications to which they are subscribed. Make sure that Imagine No Malaria is selected and when done, Submit your selections.

A variety of resources, videos and artwork that can assist you in your church’s campaign may be found at www.imaginenomalaria.org

The Imagine No Malaria campaign is asking United Methodists to support a lifesaving cause by hosting a malaria house party in advance of World Malaria Day, April 25, 2011.
Imagine the possibilities. Get creative! Call it a FUNraiser! Throw an ugly sweater party. Have a Christmas get-together or how about a Super Bowl bash? It's a charitable approach to entertaining. "Just imagine, the fight against malaria can start in your own living room," said campaign spokesperson Bishop Thomas Bickerton. °Ending malaria-related deaths requires a commitment of United Methodists around the globe."
The campaign offers an online party planning kit that includes everything needed to have a successful FUNraiser - invitations, party tips, printable materials, checklists, even a video!
Guests can even make their donations online.
To learn more about hosting a party, visit www.imaginenomalaria.org/houseparty.
News