Hoffman to be honored by Iliff School of Theology 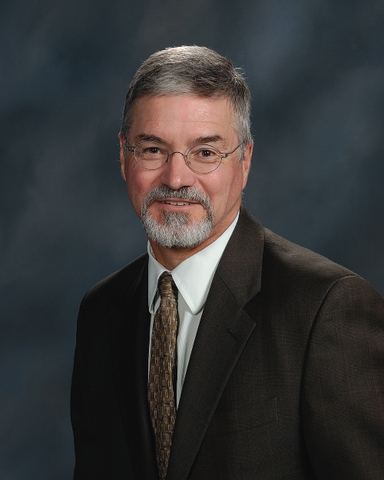 DENVER, Colo. -- Rev. Vaughn Hoffman, pastor of Bloomington Wesley UMC, has been selected as one of six alumni from Iliff School of Theology to be honored for their contributions to Iliff and the greater community.

Hoffman is being honored for his Outstanding Contribution to Parish Ministry at the school’s annual awards banquet Feb. 3.
Hoffman, a native of central Illinois and 1984 Iliff M.Div. graduate, served appointments in the Illinois Great Rivers Conference for 28 years and student appointments in Colorado Springs (St. Paul’s UMC) and Crested Butte (Union Congregational Church), during his student days at Iliff.
His IGRC appointments there include: Washington First (Associate Pastor 1984-1987); Chenoa (1987-1993); Manteno (1993-1999); East Peoria First (directing pastor 1999-2004), and Bloomington Wesley UMC (directing pastor 2004-present).
While at Bloomington Wesley, a “large steeple” downtown congregation, Hoffman has worked in partnership with a creative and faithful laity to lead the church in becoming more directly involved in God’s loving initiatives in the world. Missional efforts in Nicaragua, Costa Rica, and a variety of local and national settings have provided significant care to persons in need, while bringing energy and spiritual uplift to those who serve. On-going attention to the utilization of mass media have helped the church share its worship life with a broader audience. Wesley’s worship services are broadcast twice weekly through a local cable television network, and once a week on a public radio station in the United Kingdom.
Hoffman has also served as adjunct faculty at Garrett-Evangelical Theological Seminary in Evanston, has been active in conference leadership, serving on numerous conference commissions, committees, and boards. He has provided leadership in the local communities he has served, including two terms as a member of the Human Relations Commission for the city of East Peoria. He currently serves as chairperson of his annual conference’s Board of Ordained Ministry.
He is married to Lori Esenwein Hoffman, a 1982 University of Denver graduate. The two met while students on campus, and were married at DU’s Evans Chapel in 1983. Together they have two grown sons, and one year ago became grandparents for the first time. Hoffman is an avid distance runner and cyclist.
News