The crime scene revealed that McNamara was sexually assaulted, choked to death with a washcloth and her body was slashed several times before her body was drug from the apartment’s bathroom and “put on display” for whoever found her as prosecution witnesses would testify at trial.
Piecing together physical evidence, including blood DNA, Coles County State’s Attorney Steve Ferguson charged 26-year-old Anthony Mertz with first degree murder and the trial began days before Illinois Gov. George Ryan commuted the sentences of 162 prisoners on Illinois’ death row to life imprisonment. A jury convicted Mertz and sentenced him to death, making him the first person convicted and returned to death row – a sentence that was commuted to life imprisonment by the action of Gov. Pat Quinn, when he signed the bill into law March 9. 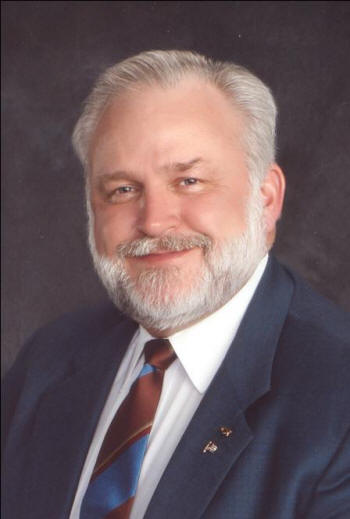 Ferguson, who has served as Coles County State’s Attorney since 1992, is a member of Mattoon First UMC, an active layman who teaches Sunday School. He believes that the death penalty fit Mertz’s crime.
“I am not rabid about the death penalty, but I do believe there is a place reserved for the most heinous of crimes,” Ferguson said. “At no point in the trial or in the subsequent appeals has there been a question of guilt. I don’t like using it, but I am hard pressed to believe that it is not appropriate for the crimes of persons such as Richard Speck, John Wayne Gacy and Timothy McVeigh.”
Fergsuon said his faith has weighed very heavily in assessing cases and determining what level of punishment is sought in the prosecution of the cases.
“Faith is very important to me and I am aware of my church’s teachings on the death penalty through the Social Principles,” Ferguson said.
“However, I also believe that persons can reflect in good faith and arrive at different conclusions about what faith teaches. I understand and respect those who may have an opposing viewpoint, but I must also take the opinions and feelings of survivors into account as well.”
Ferguson said his oath as state’s attorney is to follow the law. “What has guided me is the principle of doing the right thing for the right reason,” he said, noting there is a difference between temporal justice which is what is meted out in the court system and a higher judgment that comes from God.
“I do not like using the death penalty, but it was the law until the state legislature repealed the law and Gov. Quinn signed it,” he said. “One of my concerns was that it was rushed through during a lame duck session (where legislators were completing terms of office having not been reelected or chosen not to seek reelection) of the legislature and the Illinois House passed the measure without debate. It has been my experience that rushed decisions usually make for bad policy. This issue has often been a swinging pendulum and I am sure the pendulum will swing again at some point.”
Related Story:  Illinois Abolishes the Death Penalty
News