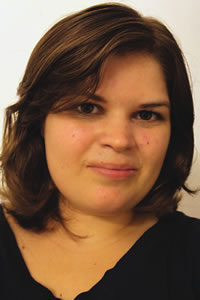 PHNOM PENH, Cambodia -- The evening was unseasonably temperate, even for Cambodia’s dry season, and as the sun crept closer to the palm-tree-studded horizon, it was almost chilly.

I had my camera trained away from the impending sunset, taking advantage of the golden sheen it was throwing across a very quaint village and its inhabitants — the men with kromas wrapped around their waists, women with babies bouncing on their hips and children eyeing me curiously from their perch atop a nearby fence. Captivating as the scene was, my attention was momentarily drawn away from the village meeting I had come to photograph by the clattering of a cow bell behind me, and I turned my gaze in the direction of the village’s lone, pitted dirt road to see a young boy prodding a pair of bony-shouldered cattle homeward.
I had been in Cambodia for less than a week. Culture shock didn’t even begin to describe this experience. I felt as if I had fallen through the pages of a National Geographic cover story. I was transfixed.
Little did my fresh-off-the-plane self know it at the time, but I was barely scratching the surface. My year as a volunteer with the Methodist Mission in Cambodia was about to get off to a running start in a blur of activity. During the first two months alone, I would see the majority of the country, visiting 16 of its 23 provinces and dozens of tiny, isolated villages, all in pursuit of that elusive treasure trove the church had sent me to dig up — compelling stories.

Missions: a way of life

A journalist by trade, I was sold on the prospect of a volunteer stint in Cambodia the minute Missionary Katherine Parker told me the staff there were looking for a “storyteller” — someone to spread the word about the impressive projects the church has undertaken in that country. The conversation with Parker took place Nov. 5. And two months, one letter of resignation and $10,000 worth of fundraising later, I found myself de-boarding a plane in Phnom Penh and meeting the missionary face-to-face.
As simple, and even rushed, as the story of my placement in Cambodia may be, the road that led me there was anything but.
The fact that I ended up committing to a year of volunteer work came as no surprise to me, or anyone who was at all acquainted with me, for that matter.
The tenets of missions and outreach were engrained in me early on in my faith journey by my church family, and more importantly, my parents, who annually led its youth on weeklong summer mission trips. To this day, I fondly recall the glow on my father’s face when he spoke of his dream of going into the African mission field full-time with my mother upon their retirement.
For my parents, missions was a way of life.
Their influence on me was such that, by the time I reached college, I was spending my summer vacations volunteering at Henderson Settlement in the Red Bird Missionary Conference and was already eyeing the possibility of a yearlong stint with the church.
In a world that operated according to my best-laid plans, that stint would have started about the time I graduated college. Those plans were interrupted, though, when my father passed away shortly after I earned my diploma in the spring of 2009. It simply wasn’t the right time to leave my family.
Eventually, I ended up taking a job with my hometown newspaper, my aspirations at servanthood put on the backburner. And the longer they stayed there, the more unrealistic they seemed. Maybe it was time to give up on that pipedream and focus on my career.
But just as I was on the verge of giving up the dream altogether, I thought of my father — and of his dearly cherished dream that he was never able to see through. All of my excuses seemed insignificant in light of his memory, and I knew then and there that I would follow through with my plans, and, moreover, that I would do it in his honor.

A sense of urgency

This revelation gave me a sense of conviction and urgency like none I had ever before experienced. These sentiments stuck with me through the placement process, and were not diminished upon my arrival in Cambodia in January.
It was that same sense of urgency, that same understanding of what I was here to do, that helped power me through the whirlwind that was my first two months here. That urgency compelled me to make the most of every opportunity, to soak up as many cultural experiences I could, even pushed me to start learning the language.
The first scraps of Khmer (pronounced Kah-my) I picked up were learned on the go, as I traveled all over the country gathering footage for the half dozen videos I was producing for the Cambodia Consultation held at the end of March in San Jose, Calif. That meant my miniscule vocabulary was largely comprised of things I saw from the passenger seat of the mission’s beat-up Mitsubishi pickup truck as it bounced its way down back road after back road.
“Qyoum cungh goo muy.” I see one cow.
“Qyoum cungh crow bei churan.” I see many water buffalos.
Admittedly, I still know just enough Khmer to make me dangerous.
One of my many linguistic missteps occurred during a medical clinic held at a village in Svay Rieng Province, near the Vietnam border. On the first day of the clinic, I, along with the volunteer doctors and nurses staffing the clinic, was surprised to see more than 200 people already at the church waiting to be seen when we arrived to set up. As an innocent aside to one of the pastors helping with crowd control, I mentioned my surprise at the sheer number of people. However, in doing so, I mistakenly stated there were “mowan churan” — many chickens.It took me some time to realize why he was laughing so hard.
And while I’ve certainly had my embarrassing moments, it’s undeniable that my willingness to test the waters of this new culture has always been welcomed with open arms, making it well worth the occasional linguistic faux pas.

That’s especially true of the many times when my openness has resulted in the gathering of some amazing stories.
Take, for instance, the story of Nut Ratha, a graduate of the Methodist Faith Engine Ministry school, which trains provincial youth to be mechanics, giving them a foothold in a job market where more than 15 percent of their peers will be unable to find employment. I met Ratha at his new workplace, a car repair shop in Phnom Penh, while I was shooting a video for the school. And amidst the buzzing, tinkering and clanking noises of the shop, as the 24-year-old expertly removed and replaced the suspension of a midsize sedan, he explained how his steady income is helping pay for his younger brother’s education through the remittances he sends home each month.
Ratha is not alone in his desire to spread the gift around. In fact, that particular concept is a recurring theme in the stories I’ve documented. Far from being content with improving their own lives, Cambodian Christians take a leading role in bettering the lives of their families and community.
Svay Rieng housewife Som Kheng has another exemplary tale to that effect. Som was able to raise her family out of poverty thanks to a gift of start-up capital for a basket-weaving business from Cambodian Methodist Women. But Som didn’t stop there. She held workshops in her village, teaching all of her neighbors her new trade, effectively providing a livelihood for an entire community, which is now known for its quality basket ware.
But perhaps one of the most inspiring stories I’ve heard came from Raksmey Methodist Church in Kampong Thom Province in central Cambodia. Church leadership there decided last year to start a rice bank as part of a food security initiative designed by the Methodist Mission’s Community Health and Agriculture Development program.
Thanks to some fiscally conservative management by bank leadership, the group was able to set aside a significant amount of rice into a disaster relief fund — just in case the worst were to happen.
And it did just a few months later, when six homes were completely destroyed in a cooking fire. The families lost everything, and even though only one family of the six were church members, all of the victims were able to benefit from the bank leaders’ foresight. With help from the rice bank and church members, all of the affected families were able to construct temporary shelters and continue putting food on the table.
Following a meeting of the rice bank members recently, Pastor Ing Roeun explained to me through a translator his philosophy on using the funds in such a manner.
“It goes to Christians and non-Christians alike. Religion isn’t an issue there,” he said. “This way, we can share the Good News and tell about God to non-Christians while we are helping them.”
It’s cases like that of the congregation at Raksmey that show the true condition of Methodism in Cambodia.
I am honored to tell their stories. And now, when I consider that I once thought my chance to do mission work had passed, I realize just how wrong I was. God can use us anytime and anywhere — especially when and where we least expec