McCoy to speak at Clergy Session 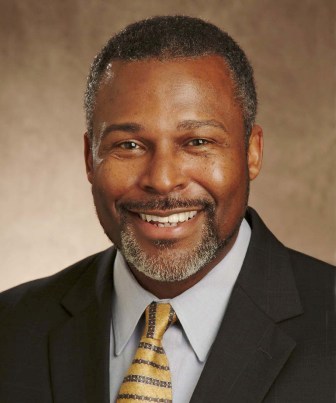 Dr. Myron McCoy, president of St. Paul School of Theology in Kansas City, Mo., and Oklahoma City, Okla., will be the speaker for clergy session at the 2011 Annual Conference which will begin on Wednesday, June 1 in Peoria.

The Clergy Session will be held in the Grand Ballroom of the Pere Marquette Hotel, beginning at 2 p.m.

McCoy has been president of St. Paul School of Theology since August 2003. Bringing more than two decades of experience in local church leadership, including serving as a District Superintendent, Myron McCoy came to Kansas City from Chicago, where he served as Senior Pastor of St. Mark United Methodist Church in the Northern Illinois Conference from 1992 until 2003.

He has taught the Advanced Praxis Seminar: Preaching New Testament Texts in Contexts of Difference and Empire, and Engaging Local Ministries.

He served as general editor of 2007 hymnal, Zion Still Sings! published by Abingdon Press and has authored several articles for professional journals.