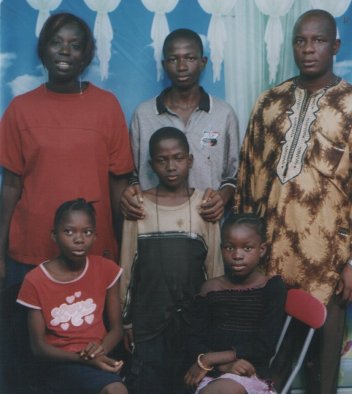 The lack of quality health care in Liberia has taken the life of a District Superintendent in the Liberia Annual Conference.

Conference officials have confirmed the death of 40-year-old Fannah Tartieh, superitendent of the Grand Gedeh District in Liberia. According o reports, Tartieh was experiencing a toothache two weeks ago after returning from the Grand Gedah District where he was overseeing the survey of the property for the district center where the Flanagan UMC School is to be built. This project was highlighted at the 2011 Illinois Great Rivers Conference as part of the closing of churches, where the Flanagan UMC donated $50,000 for the construction of the school.

Reports said by week's end, infection had spread throughout Tartieh's body and was fatal.

Funeral arrangements are being handled in Monrovia at the Samuel A. Stryker Funeral Home. Family and conference officials are working to determine whether burial will take place in Monrovia or in the Grand Gedeh District.