Rachel Rebecca Berry and Kara Johansen Crawford were among 26 individuals between the ages of 20 and 30 who became US-2 missionaries and mission interns. The commissioning service was led by Bishop Hope Morgan Ward, episcopal leader of the Mississippi Annual Conference of The United Methodist Church.
Berry will be a mission intern with the General Board of Global Ministries, serving initially with the National Council of Churches in the Philippines. Crawford will be serving initially with Centro Popular para America Latina de Comunicacion (CEPALC), based in Bogota, Colombia. 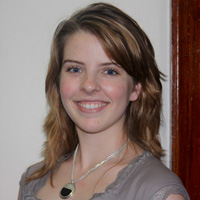 Berry’s work relates specifically to the social justice and human rights agenda of the Philippines church council, which is comprised of 10 Protestant denominations, including The United Methodist Church. The council has a long-standing commitment to justice, peace and freedom. As a mission intern, Rachel assists with the work of the youth and women’s desks.
“Jesus Christ is the meaning of my life,” Berry said. “Rather than looking at what meaning Jesus has had in my life, I’d rather think of how I live my life in Jesus. Living my life in Jesus means using my gifts to alleviate the suffering of others. Seeing others through Christ’s eyes make me a more patient and loving person.”
Berry has a high regard for diversity in the world and the church, diversity not limited to race and ethnic identity but also in worldviews and lifestyles. She has studied the effects of poverty on individuals, families and communities, and also has a keen interest in the protection of arable land and the wise use of natural resources.
Born in California, she is the daughter of the Revs. John Kraps and Rachel Berry and was raised in Illinois since seventh grade. She received her Bachelor of Arts degree in international studies and music from the University of Illinois and has also studied at the Universidad de Deusto in Spain. She holds a high school diploma from Interlochen Arts Academy, Interlochen, Mich.
She plays organ, French horn, guitar, and has studied dance, theatre arts and film editing. She has been the organist/pianist at Mt. Vernon UMC, near Champaign, her home congregation in the Illinois Great Rivers Conference. She can communicate in English and Spanish.
Mission trips during high school and college included work in Eastern Kentucky and in Mississippi following Hurricane Katrina.
Rachel Berry’s Missionary Support Code number is 3021331. Make an online donation to Rachel Berry... 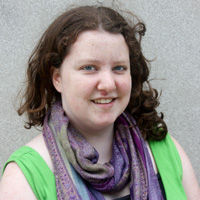 Crawford’s work with be with CEPALC, which sponsors and promotes communications initiatives for the benefit to communities of poverty. She will be working with projects focused on alternative media and communications strategies that empower women, including video, radio, television and internet technology.
From an early age, Crawford said that she did what she felt she was “supposed” to do as a Christian, but had no deep understanding of the requirement for social justice until her sophomore year in high school. That year she was elected a director of the United Methodist General Board of Church and Society, a post she held for two quadrennial.
She found herself more and more drawn to social justice work and to a calling “to be involved with justice work through the rest of my life, both personally and professionally. I see my work in justice and mission as an opportunity to share, demonstrate, and enact the inclusive love and grace of God to those around me. As a whole, my call to mission can most easily be summarized by Micah 6:8 – ‘seek justice, love mercy, and walk humbly with your God.’”
Crawford is the daughter of Revs. Mike Crawford and Patty Johansen and a member of Tuscola UMC. She also maintains associate membership in Holy Covenant UMC in Chicago, where she was active during college. She holds a Bachelor of Arts degree from DePaul University with her emphasis in international studies and peace, justice and conflict studies.
During her undergraduate years, she held internships dealing with social justice in her home congregation and at the annual conference level. She was also an outreach coordinator for the Protestant Christian Ministries at DePaul.
Kara Crawford’s Missionary Support Code number is 3021332. Make an online donation to Kara Crawford...

US-2 missionaries serve in ministries of justice in the US for two-year terms and mission interns serve half of a three-year term outside the US and half in their home country. According to Elizabeth Chun Hye Lee, the executive for young adult mission service, "Young adults are invited to partner with community organizations to engage in mission service. Through the program, they engage in ministries of mutuality--ministry with people living in poverty--walking alongside those in need and through the process they become agents of change."
The year 2011 marks the 60th anniversary of the US-2 program, celebrating a channel of service that has enriched the lives of thousands of young men and women, and through their witness touched an immeasurable number of youth and adults.
Thomas Kemper, who leads the United Methodist global mission agency, is encouraged by the passion of young people who are called to work in communities that face challenging issues. "Through young adult mission programs, we are developing strong principled leaders. These young people are becoming ethical, prophetic Christian leaders, actively partnering in ministry to confront injustice in the world, engaging in disciplined theological reflection, transforming their own lives and those of others. They will come back changed and equipped to discern God's calling for their lives."
News