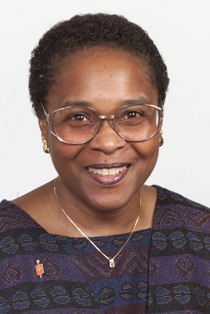 Lee will be one of 13 active bishops seeking retired relationship in 2012 across the five U.S. jurisdictions. Because of legislation passed by the 2008 General Conference where each jurisdiction was to reduces its College of Bishops by one, only 10 will be elected to fill the vacancies left by retirements.

Lee, who was elected in 2000, is completing her second four-year term as bishop in Wisconsin. Elected in 2000 from the West Michigan Conference, Lee was assigned to the Michigan Area for a single term in 2000 before succeeding retiring Bishop Sharon Zimmerman Rader in 2004.

“After much soul searching, family discussions, and prayer, I have made the decision to retire as Bishop effective September 1, 2012,” Lee wrote in a letter dated Oct. 4. “Rest assured that this was not an easy decision. I continue to feel God's calling on my life. I will keep you informed as I pursue my future service to God in the Church, and will always keep you in my prayers. Please know that I have valued, thoroughly enjoyed and appreciated my time as your Bishop in Wisconsin. Thank you for the honor of serving you, and for your support in the past and throughout the next year.”
Lee, who is in her early 60s, told the Madison State Journal last year she turned to God as a child, in part to get through difficult episodes with her father, an alcoholic. Read the full story...
Raised Presbyterian, she chose the United Methodist Church as her adult spiritual home because she wanted a denomination with a clear focus "on personal holiness and social justice," she said.
TheWisconsin Conference of the United Methodist Church is based in Sun Prairie and serves about 480 churches.

Retirements Across the Connection

The Southeastern Jurisdiction, which was entitled to an additional episcopal area which had not been formed, gave up that area. Five bishops from the Southeastern Jurisdiction have announced plans to retire – Bishop Dick Wills, who has already taken retirement due to health concerns in Tennessee; Bishop Charlene Kammerer who leads the Virginia Conference; Bishop Al Gwinn, episcopal leader for the North Carolina Conference; Bishop William Willimon of North Alabama Conference; and Bishop Timothy Whitaker of the Florida Conference. Delegates will elect five bishops to replace the retiring bishops.
In the South Central Jurisdiction, the Nebraska conference and the two Kansas conferences, currently served by two bishops, will be a single episcopal area beginning in September 2012. Delegates will elect two new bishops as three have announced plans to retire – Bishop Ann Sherer-Simpson of Nebraska Area; Bishop William Hutchinson of the Louisiana Area; and Bishop Max Whitfield, who leads the Northwest Texas and New Mexico conferences.
The Northeastern Jurisdiction has already addressed the reduction of episcopal areas when four conferences in upstate New York, Vermont and Pennsylvania merged into two newly formed conferences – the Susquehanna and Upper New York conferences with Vermont joining the New England Conference. Since the reduction has already been addressed, three new bishops will be elected in 2012 to fill the retirements of Bishop Peter Weaver of New England; Bishop Ernest Lyght of West Virginia; and Bishop Jane Middleton of the Susquehannah Conference (the new name of the conference formed by the former Central Pennsylvania and Wyoming conferences).
The Western Jurisdiction, which has the largest geographic area and the fewest bishops in its College, announced plans for a new, single Episcopal Area that will serve Oregon-Idaho, Pacific Northwest and the Alaska Missionary conferences. Currently, Oregon-Idaho has its own bishop, while the Pacific Northwest and Alaska Missionary conferences are served by a second bishop residing in Seattle. Under the new plan, each annual or mission conference will continue to remain independent. The plan does not call for any boundary changes or merger of conferences. All other episcopal areas will remain as they are.
Bishop Mary Ann Swenson, currently serving as bishop of the California-Pacific Conference, has announced her retirement in 2012. Delegates will not have an election to replace her due to the cutback mandate.
News