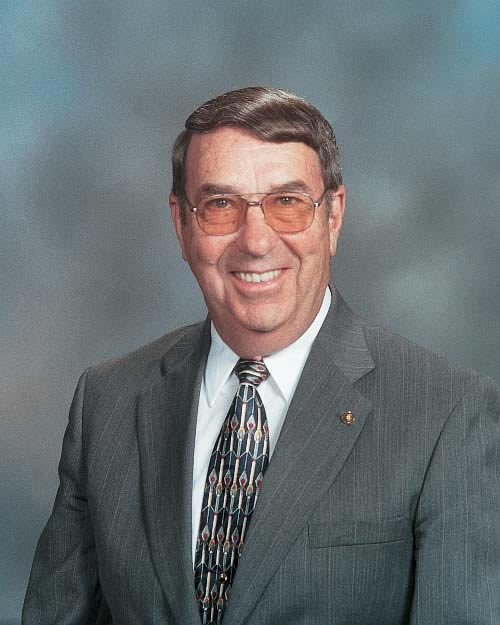 LEBANON — McKendree University presented its highest alumni honor to the Rev. Robert Edwards, of Mascoutah,at an awards dinner on Oct. 22 at the Regency Conference Center in O’Fallon. The Peter Akers Alumni Award is given annually to recognize a former student’s professional success, outstanding service and loyalty to the university. It is named in honor of Rev. Peter Akers, the first McKendree degree recipient and the institution’s first president.

Rev. Edwards graduated in 1957 and completed a master’s degree from Boston University School of Theology in 1961. His 45-year career in ministry with the United Methodist Church included six years as superintendent of the Vandalia District UMC. After his retirement in 1999, he was associate pastor of Union United Methodist Church in Belleville for four years. A former Mascoutah “Person of the Year,” he is active in numerous civic organizations including the Rotary Club and Chamber of Commerce.  He is a university trustee, a William McKendree Society donor and a sponsor of the Hettenhausen Center for the Arts.
The Alumni Association commended 11 others for their exceptional contributions to the honor and prestige of McKendree. “All are deserving individuals who demonstrate the values imparted by a liberal arts education,” said Whitney Fraier, director of alumni relations.
Four will be inducted into the Academy of Excellence for their achievement, leadership and character. They represent excellence in education; the humanities; language, literature and communications; and math, science and technology.
Read the complete story...
Read "Four To Be Inducted in McKendree University Sports Hall of Fame"...
News