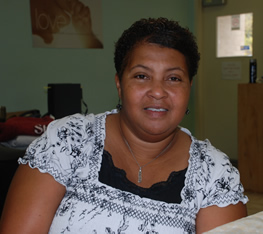 As a homeless advocate for Helping Hands ministry in Springfield, Tyus returned to Jacksonville to help her community to begin addressing the homeless situation in the greater Morgan County area.
“I started seeing persons from Jacksonville coming to Springfield because there were no services,” Tyus said. “So I came back and begin meeting with the City Council to see what could be done.”
But it was a 2006 event that gave her the passion for her work.
“I was out with a homeless man one day and trying to get him located in an apartment,” Tyus recalled. “When I was driving home, I started seeing billows of smoke in the air and the closer I got to home, I realized it was my home that was on fire. In just minutes, I was homeless myself.”
Tyus said the incident, which caused her, her four children and a baby to be housed in a motel for four months, was a time of questioning God.
“I prayed, ‘Lord, why would you do this when I am trying to help so many people?’” Tyus said. “The response was very clear: you have to live it before you can serve.”
Joining forces with the Salvation Army, Tyus was directed to Grace UMC by Alan Bradish who had spoken with Grace UMC pastor Mike Fender.
“Between this church and community, there has been an overwhelming response to the needs,” Tyus said. “We want it to look like home – a place to live, love and laugh.”
But Tyus also runs a taut ship in that every client must be looking for work. “We are able to plug them into social service, but each day they have to have a plan, whether it is looking for a job or actually working in order to stay,” she said. 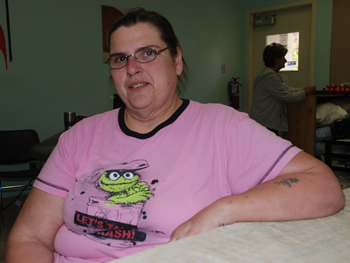 Sue Bowen, who volunteers at the comfort center, finds it an opportunity to give back for the blessings she has received.
“It takes special people to be willing to get outside their comfort zone and help,” Bowen said, who was once homeless herself. “All of us, at one time or another have been homeless or just two paychecks from being there. “ 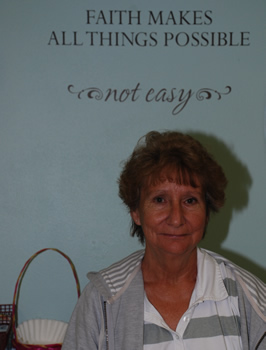 Betty Kaesberg, a current comfort center resident, said she was assaulted in her apartment building and the financial issues that came from her medical expenses made it impossible to pay rent.
“I feel like part of the family,” Kaesberg said. “This ministry gives me a lot of faith and hope.”
News