Singer, song writer and worship leader Keith Elder will be leading the worship and the Southern Gospel group, the Wanda Mountain Boys will perform an evening concert for Covenant Keepers 2012, which will be held Feb. 6-7, at the Crowne Plaza Hotel in Springfield.

Child care will be provided free of charge to Covenant Keeper participants... 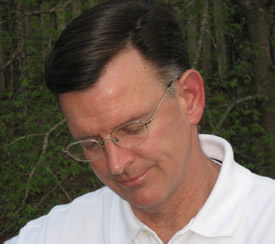 Elder has spoken and performed for more than 30 years in a wide variety of church, conference, and community settings. While serving local churches in North Alabama as a youth director then as a pastor, Keith continued to write and record, play small concert venues, and provide leadership for special events. He has recorded five full projects, with the latest, Perfect World, being completed in October, 2011. Besides many theme songs for service organizations and special events, he has also written and produced several small-scale musicals

Keith's songs are life/people songs crossing the lines of Christian, Folk/Americana, Musical Theater, and borderline Bluegrass. He says he just writes what come out on a given day. Call him "genre-challenged," but these days he is shooting for an honest word, a compelling story, and a fitting musical form to carry the message. "Perfect World" is a pretty good sampler of his varied forms. Probably his favorite songwriter quote comes from the legendary Roger Miller: "Songwriting is easy. It's like taking candy...from a bear."

Because the new songs continue to surface, Keith's concerts are ever-evolving, but all include songs, stories, heartfelt moments and food for thought. If you hear echoes of James Taylor, Jim Croce, John Denver, and other acoustic artists from the 1970's and 80's, you won't be the first.

Keith and his wife Jean have been married 33 years and currently reside in Franklin, Tenn. They have one daughter, Carey Beth (a proud Auburn grad) who lives and works in San Francisco. 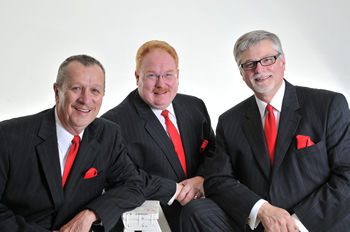 The Wanda Mountain Boys have been singing for nearly 20 years and originally, reunited three of the four members of the Gospel Four Quartet that sang and traveled together in the 1960's and early 1970's.

Johnson manages the group and also sang for a number of years with the Victory Qt.

O'Neal has been involved in gospel music for 42 years and has traveled with the Brashears and his own trio, Solid Gospel. An accomplished songwriter, O'Neal has had his music recorded by the Lesters, the Melody Boys Quartet, the Dixie Echoes, the Brashears, the Dixie Melody Boys, the Chosen Ones and Sons of the Father.

Gobel, the group's newest member, is a veteran singer having performed with the Lesters, Cornerstone 33 A.D. and has had a successful solo career as well.

The Study of Ministry Commission, in its report, said the practice is not financially sustainable and “limits the ability of the church to respond to the primacy of missional needs.” An earlier report estimated there are 784 more U.S. clergy than positions needed in the church.

The commission has submitted legislation that would allow bishops and cabinets to give an elder in good standing a less than full-time appointment. The legislation also would permit bishops and their cabinets, with the approval of their boards of ordained ministry and annual (regional) conference’s executive session, to put elders on unpaid transitional leave for up to 24 months. Clergy on transitional leave would be able to participate in their conference health program through their own contributions.

The Ministry Study has critics from the evangelical caucus, Good News and the liberal MFSA -- groups that normally stand on opposite sides on a variety of issues facing the church.

Good News argues that the current legislation offers too few protections for clergy, while MFSA argues the legislation grants more power to those who are not using the power they currently have to retool pastors or exit ineffective clergy from the ministerial ranks with the final decision as to whether a clergy member is in good standing or not from the conference's clergy session. 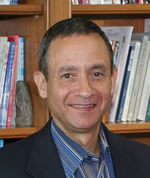 Neil Alexander, executive of the United Methodist Publishing House and member of the Call to Action Task Force, will report on a recommended restructuring of general church agencies which was approved by the denomination's Connectional Table.

The restructuring proposals come after a number of studies over the past four years showing that the denomination’s status quo is unsustainable.

While The United Methodist Church is growing worldwide, particularly in Africa and the Philippines, the U.S. membership has declined by 29 percent since 1968, going from 10.7 million members to fewer than 8 million. The U.S. membership still provides most of the denomination’s financial support.

The initial legislation to restructure the denomination’s agencies came out of the multiyear Call to Action process, initiated by the Council of Bishops and Connectional Table to “reorder the life of the church.”

The hope is that the consolidation will eliminate walls of separation, competition for responsibilities and redundant activities among the agencies. Proponents see a more nimble, cost-effective and focused agency structure would in turn help annual (regional) conferences foster more vital congregations. However, several ethnic minority caucuses and the Methodist Federation for Social Action claim proposed reduction of agency governing boards from more than 400 people to 15 would effectively eliminate racial/ethnic leaders on the agency boards.