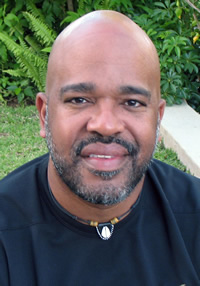 Editor’s note: The following are remarks made by the Rev. Gary Henderson, at a farewell celebration for Bishop Gregory and Cynthia Palmer Aug. 19 at Fairview Heights Christ UMC.

I begin with a simple and heart felt thank-you.
Just yesterday I returned from Accra, Ghana, where for the last week I participated in a Pan-Africa training event for United Methodist health professionals from all across the continent of Africa. It was a proud moment for for Imagine No Malaria and for our whole church.   There was a buzz of excitement in the air. Through the hum of simultaneous translation in three languages therewas a symphony of joy.
Listen to the roll call of the countries present:
Thirteen countries in all -- each focused on sharpening their skills related to funding for the fight against malaria and the implementation of country specific programing. In short hand we call it nets plus. Insecticide treated bed nets and all the other elements necessary for the fight. Gathered in Accra were United Methodist health professionals from the front lines.
Illinois Great Rivers you need to know that this gathering was made possible because of your generous support of Imagine No Malaria. You need to know that you have already have made a profound and life giving difference.
I remember standing before your 2010 session of Annual Conference following the Episcopal Address and sharing the alarming statistic that every 30 seconds a child dies of malaria. I remember also telling you that a single child means the world to somebody. Everybody! You heard and you responded!
I remember visiting Sierra Leone with Rev. Jan Griffith and Dr. Pete Paulson. We saw up close and personal the need and the difference the church was making.
Today I report the news that the stats have changed and the needle has moved in the right direction. Since then deaths by malaria have been cut in half; currently every 60 seconds a person dies of malaria. Improvement yes, with the total elimination of death by malaria our goal and our goal is in view. We must stay the course!
I have come by this afternoon to say that Illinois Great Rivers is named among the pioneer conferences of INM, you have blazed the way. There are eight pioneer conferences and only two – Minnesota and Illinois Great Rivers --  have surpassed the $2 million mark; both within the North Central Jurisdiction. As a member of this jurisdiction I say, “Way to go team!” You are in an elite and small number thanks to the visionary leadership of your episcopal leader Bishop Gregory Vaughn Palmer and the hard work of the clergy and laity of this Annual Conference. I congratulate you and say that others are following your examples.
Bishop Thomas Bickerton the chairperson the Global Health Initiative, and the Rev. Larry Hollon, the general secretary of United Methodist Communications, often speak of your good work. Last week was a personal opportunity for me to brag about you in Ghana. Your giving has also inspired Africa to give financially too.
Allow me to close as I began by simply by saying thank-you...
Well done good and faith servants! Amen and Hallelujah!
News