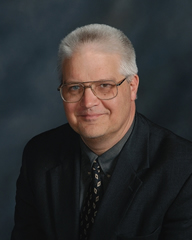 EFFINGHAM – For Embarras River District Superintendent Randy Reese, a casual conversation with his son Dylan while he was getting his driver’s license turned out to be life-giving.

“We were sitting there in the Driver’s License station and subject of organ donation came up,” Reese recalled. “He was interested in doing something and leaving something behind. At that point in time, he was concerned about others. We had even talked about him going to Liberia with me; he had some interest in that. Of course, at his age, these things run in cycles, but at least at the time, I had an insight into his thoughts about organ donation.”
On March 28, 19-year-old Dylan Reese sustained catastrophic brain damage when he was struck by a van while he was crossing an Effingham street. Two days later, Dylan was declared dead and the next 24 hours began a journey that led to the donation of Dylan’s organs, soft tissues and veins that have given the gift of life to 19 different people through organ donation.
“It wasn’t a crisis decision for us,” Reese said as the six-month anniversary of Dylan’s death approaches. “It was one that came, quite frankly, a little easier and it was helpful to know that (his organs) might help some other folks.”
Working through the Gift of Hope Organ and Tissue Donor Network, the Reeses were able to know of the scope of Dylan’s gift:
“The folks at Gift of Hope were thoughtful, kind and not at all pushy,” Reese said. “They gave us plenty of space and it enabled us to built a level of trust with them.”
“In addition to recovering organs, we also recovered bone with soft tissue and saphenous and femoral veins,” wrote Diane Schmitz, Donor Family Services Coordinator for Gift of Hope. “The tissue can be used for a variety of procedures from spinal fusion to reconstructing veins and arteries. Long bones are also used to save a limb that might otherwise be lost due to cancer or severe trauma.” 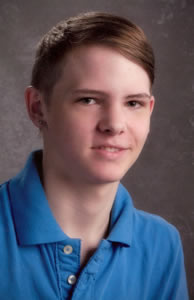 ‘A sense of holy peace’

Reese said that during the donation process he experienced “a sense of holy peace,” knowing that they could help others.
“19 year olds are not supposed to die,” Reese said. “But my son had some real desire to make a difference in the world. He had a real desire to make a difference in the institutional school system, although he didn’t always find the best way to express that, but his life continues to make a difference (through organ donation). My fear is that some poor innocent child gets something of Dylan’s and as a result, goes from being a poor innocent child to one that is in the principal’s office every other day. We have been able to laugh about that and that has helped ease the pain.”

Heavenly bodies will be complete

The Reese family relied on their faith a great deal during their journey of death and grief and that journey supported the organ donation decision.
“You know, I have done funerals of all sorts and varieties over the years and I think we are going to get new heavenly bodies,” Reese said. “And so, I didn’t think that (organ donation) was the big issue whether or not his body had these organs. Regardless of what that heavenly body is going to look like or be like, it’s going to be complete.
For his father, Dylan’s heart was the key. “In terms of God’s strength, I always knew that Dylan had a heart – maybe not a lifestyle always – but he had a heart for the Lord,” Reese added. “He was 19 years old so he was trying to sort that out, but it was in that peace and that promise he had in that relationship with Jesus – really strong at one time, probably not as strong when he died – but the peace of knowing he had encountered Jesus.”
Even at the six-month anniversary, the family continues to hold to their faith.
“During times like these, there are so many questions about where God is when somebody dies so young,” Reese said. “The answer is simple – God’s right there. I have no question about God’s love; I have no question about God’s assurance. I believe that Jesus is with Dylan and Jesus is with us as we grieve. Life just happens. You walk into a crosswalk and you don’t pay attention to what you are doing. But the great provision God gives us is eternal life and the hope from that and that he’s been our peace through the whole thing.”
While encouraging organ donation, Reese acknowledges that there are other viewpoints. “For some folks, it is just beyond their sense of grieving and their sense of wholeness to do that and to know that (the decision not to donate) is OK,” he said. “But for some, it adds a sense of wholeness. It adds a sense of acceptance, a sense of peace, when you are able to give something and make a difference in somebody’s life.”
News