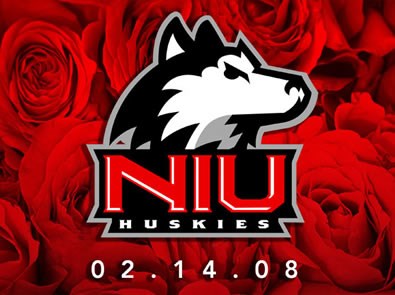 DECATUR – For IGRC retired pastor Miley Palmer, the December 2012 shooting at Sandy Hook Elementary School causes he and his family to relive a five-year-old nightmare all over again.

It was on Feb. 14, 2008, that a shooter entered a lecture hall of 160 students in Cole Hall on the campus of Northern Illinois University, killing five students, including 19-year-old Ryanne Mace. Mace was the granddaughter of Palmer and his wife Janet, as well as the granddaughter of fellow retired IGRC pastor Gene Mace and his wife Sally.
“It has changed everything,” Palmer said, reflecting on the proliferation of gun violence in schools. “Every shooting hits us all over again and strengthen our sense of commitment to keep things from staying the same.”
Palmer’s daughter and Ryanne’s mother, Mary Kay Mace, echoes her father’s concern. “What infuriates me is that it keeps happening,” she said. “My daughter’s gone; that is over. But each shooting brings it up again and there is no place where you are immuned to it.”
Mace was invited this week by the organization, Mayors Against Gun Violence, to testify before a Congressional committee considering legislation aimed at providing some regulation to firearms through the use of background checks. She has also been invited by the syndicated Ricki Lake talk show to fly to California for a taping on a program dealing with the issue.
Ryanne's father, Eric Mace, will join family members of the other victims Feb. 14 at Northern Illinois University, where a fifth anniversary service of remembrance will be held.
Palmer joined with retired IGRC pastor Howard Daughenbaugh recently in penning a pastoral letter seeking to address the issue of gun violence. While addressing some of the familiar issues associated with firearms, regulations and restrictions, the letter also called upon the church to play a role in helping to provide places of conversation among the faith community, including dialogues about the violence-obsessed culture in our nation, gun safety, violence prevention. The letter was co-signed by Gene and Sally Mace. The letter has drawn both praise and criticism.
The letter also urges pastors to take leadership in their teaching role to help congregations and community dialogue around widely-held beliefs such as that “guns keep us safe,” “What makes us great is God, Guts and Guns,” and the “only answer for a bad man with a gun is a good man with a gun.” It urged looking to the United Methodist Book of Resolutions and examples of Gandhi, Martin Luther King, Jr., and Reinhold Niebuhr, as well as the Friends (Quaker), Mennonite and Brethren traditions for other models.
“Because the issue itself is so complex, it takes more than dealing with gun control,” Palmer said. “We have cut off services to those with mental and emotional illnesses. And we need to deal with a culture that is centered on violence. Many of the new television programs this season deal with serial killers.”
Palmer points to the statistics that 30,000 Americans are killed each year by gun violence. “If someone outside the United States did this to our country, we would be mobilizing for action, but we’re not.”
While not acquainted with the death of a family member, Daughenbaugh said he does have some personal experience in dealing with mental health issues with family members.
“There was a time in the 1970’s and 1980’s when Illinois had one of the finest mental health systems in the nation and then it began to be dismantled,” Daughenbaugh said. “In this country, Illinois was a model then and today we are at the bottom of the heap. The issue is becoming more and more a mirror of insecurity, fear and despair and it reflects who we are becoming.”
Palmer acknowledges that mobilizing the church for conversation will also be a formidable task. “The tone of anger from some within the church regarding Second Amendment rights and the whole notion of the government trying to destroy our country is poisoning the conversation,” he said. “And I have had to say to some, ‘Friend, I don’t want to argue. Pastorally, I do have to tell you that the level of your anger causes me to be concerned for your soul because anger will eventually destroy you.’”
Daughenbaugh says some parties are emboldened by the 2008 Supreme Court decision, District of Columbia v. Heller, in which the Court, on a 5-4 decision, held that the District of Columbia’s strict gun control measures were unconstitutional.
“The perception by some is that you cannot regulate firearms at all,” he said. “And yet, Justice Antonin Scalia, one of the justices who voted with the majority, in responding to those with that view has said, ‘That is not what we said in the 2008 decision.’”
When looking at places to find common ground, Daughenbaugh believes the issues of licensing, background checks and issues surrounding mental health may be the most fruitful.
Looking at Illinois, Mace points out organizations such as the National Rifle Association has supported instant background checks. However, the National Criminal Background Check System, or NICS, is missing millions of records, including 120,000 records that would be excluded purchasers.
“I agree with the NRA – we need to enforce the laws, but let’s make sure the system is current,” Mace said. “In Illinois, currently 99 of the 102 counties are not reporting persons to the database, and out of 130,000 clinicians, only 83 of them make reports to the database.”
Daughenbaugh agrees. “We need to find a balance between confidentiality of the individual and protecting society as a whole. If we can get folks talking and discussing, then there is hope.”
“The church can provide an important counter-balance,” Mace said. “No one has problem with non-felonious individuals having guns. But the notion that guns are very effective for self-defense is debatable if they are to be locked, unloaded and secured in the home.”

Palmer said he hopes that the church can be a place where fruitful discussion can take place. “If it can provide a place in a non-threatening situation where people can honestly look at the issue without advocacy of a political agenda, then we may move forward on the issue so that other families will not have to face what we have these past five years.”