Faith, Courage and Selflessness: The Story of the Four Chaplains 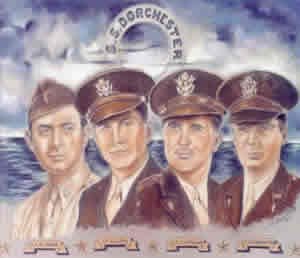 Lt. George L. Fox’s tenure as pastor of the Downs Methodist Episcopal Church was rather uneventful but his legacy as an Army chaplain just 14 years later lives on.