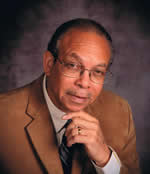 PEORIA – Bishop Jonathan D. Keaton has announced the speakers for the 2013 Annual Conference which will be June 5-8, at the Peoria Civic Center.

Bishop William B. Lewis will be preaching the Memorial Service on Thursday and Rev. Louie F. Zuck, pastor of Geneseo Grace UMC and one of the Class of 2013 retirees, will be preaching the Retirees Recognition service – also on Thursday.
Bishop Keaton will be preaching the opening worship Wednesday night around the annual conference’s theme Extravagant Generosity, and will also preach Friday evening’s Ordination and Commissioning service. Both services as well as the Memorial Service will celebrate Communion.
The conference will also welcome Rev. J. Clif Christopher as its morning speaker Thursday and Friday.

Bishop Lewis was a clergy member of the former Southern Illinois Conference when he became the only person elected to the episcopacy from Southern Illinois and the first to be elected from the Illinois Area since 1948 when H. Clifford Northcutt, pastor of Champaign First Methodist Church was elected to the episcopacy by General Conference.
Following his election 1988, Lewis was assigned by the North Central Jurisdiction to the Dakotas Area where he served eight years prior to retiring in 1996.
Lewis was received on trial by the Southern Illinois Conference in 1953, ordained elder in 1956 and served appointments at Vienna, Murphysboro, Edwardsville St. John and Belleville Union, in addition to six years as Carbondale District Superintendent prior to his election to the episcopacy. 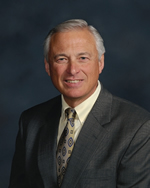 Rev. Zuck is one of 19 pastors retiring this year at annual conference, having served 36 ½ years of active ministry.
A probationary member in 1977, Zuck became an elder in full connection in 1979 in the former Central Illinois Conference.
His pastorates have included: Adair-New Philadelphia; Good Hope-Jerusalem; Virginia; Cambridge; East Alton First; Quincy Vermont Street and for the past four years, Geneseo Grace UMC.

Rev. J. Clif Christopher founded Horizons Stewardship Co. in 1992 following a challenging career in pastoral ministry. He serves as the company’s CEO to this day. In his 20 years as a pastor, he led numerous major building and capital campaigns. Since founding Horizons, he has led consultations in over 400 churches, conferences, synods and diocese in all phases of building, finance and church growth.
Dr. Christopher is a certified church growth consultant and has earned the coveted title CFRE (Certified Fund Raising Executive). In 1995 he was given the National Circuit Rider Award by The United Methodist Church for outstanding leadership in developing vital congregations.
Since its inception, Christopher has led Horizons to secure more than $1 billion for churches. He has personally worked in over 32 states and is a frequent speaker at stewardship seminars around the country. He is the co-author of the book Holy Smoke published by Discipleship Resources and is the author of Not Your Parents’ Offering Plate: Whose Offering Plate Is It?, and Rich Church-Poor Church published by Abingdon Press.
Noted consultant and author Dr. Bill Easum, said, “No one knows more about local church stewardship than Clif Christopher.” Mega-church pastor, Adam Hamilton said, “When I have a stewardship question, I call Clif Christopher.” Foundation director, David Atkins said, “Clif is one of the most effective communicators in the field of church fundraising today.”
Christopher has been an ordained minister in The United Methodist Church since 1975. He is a graduate of Hendrix College in Conway, Ark., and Emory University. He and his wife have four children.

Sponsoring groups of special meals are listed on the Registration site along with the menu for the meals. Sponsoring groups hosting lunches had the option of two entrees. Their menu selection is listed with their meal listing. Two groups also offered vegetarian meals and those meals are also duly noted.

It appears that the new Pere Marquette Marriott will not be ready for the 2013 annual conference after all.
The latest word is that the developer of the Hotel Pere Marquette is turning over the keys to the historic building to Marriott officials June 1, with the idea that Marriott could open within 30 days after that.
A new parking deck, which is located across from the Peoria Civic Center, opened March 8.
Laura Lojas, the hotel’s general manager, could not give an exact date when the hotel would open for business. She said her staff is shooting for June 30. The 30-day gap between when Matthews hands over the property and when it might open will allow for a thorough cleaning, more training of the staff and life-safety tests of various equipment, including the kitchen areas.
An updated hotel list, showing that the Four Points Sheraton is full and another hotel was taken off the list, is on the IGRC website atwww.igrc.org/AC2013Hotels. Attendees are urged to make their reservations now before the room block deadlines.

Organizers have announced that due to low numbers, there will not be a 5K Walk/Run this year at Annual Conference.