Health insurance changes among issues to discuss, act upon 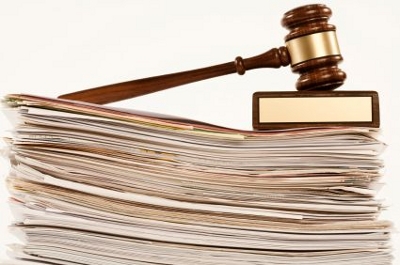 Lay and clergy members who have attended for several years know there are certain reports that are received and considered at annual conference each year, many of these with financial implications.

This year’s reports include proposed changes to the conference’s health insurance program, the setting of pension rates for retirees; proposed changes to standing rules involving clergy housing, the closing of churches that have completed their mission; a resolution on employment security for local pastors; and the proposed 2014 budget.

As part of the Conference Board of Pensions report, no increases are being recommended in premiums for either clergy, spouse or active lay staff coverage. The local church assessment for each full-time pastor is also staying unchanged at $17,520 per year.
Changes are on the benefit side, where individuals will pay a $500 deductible or a family will pay $1,500 deductible even with in-network expenses. Out of network deductibles would raise to $1,000 for individual, $3,000 for family.
Co-pays for in-network will raise from $20 to $25 and ER visits will rise from $50 to $55. Out-of-network claims will be paid at 70 percent instead of 80 percent and prescription drug co-pays will increase by $5 for a monthly fill or $10 for a three-month fill.
These efforts are being proposed in order to bridge a shortfall between plan contributions and medical claims. In 2012, payouts for claims exceeded contributions by $1.4 million – due in large part to several large claims.

In 2012, a clergy housing task force appointed by former Bishop Gregory Palmer convened and is reporting back to the 2013 session.
Among their recommendations are: to have the District Board of Location and Building review and/or visit every parsonage in their district every four years and to have a licensed house inspector inspect each parsonage every four years. The committee also recommended an annual review to ensure an adequate housing allowance; that financial counseling be provided to a pastor going into a housing allowance situation prior to appointment; financial assistance for a pastor who is appointed elsewhere and has not been able to sell the house; and a contract between the church and pastor to provide a safety net when a church opts for the housing allowance instead of providing a parsonage.
The proposed changes to the Standing Rules (which require a 2/3 affirmative vote) are as follows:
Legislative Item 113: The language change requires that adequate housing for the pastor that meets parsonage standards and also requires that a housing allowance be sufficient to buy or rent a home in the area served by the church.
Legislative Item 114: Change is wording is to reflect current practice regarding responsibilities of clergy housing and approval of those housing provisions by the Cabinet.
Legislative Item 115: Provides for an annual review to ensure that the housing allowance amount is sufficient for the local housing market.

The Conference Board of Trustees will be presenting by-laws for the Illinois Great Rivers Conference (Legislative Item 119) after it was discovered in 2012 that no such by-laws existed nor were there by-laws for the two predecessor conferences. Approval of the by-laws will facilitate legal and financial matters which often request such documentation.
The Trustees will also observe a moment of remembrance for the Lynnville UMC (Legislative Item 120) which was discontinued Dec. 31, 2012, and the Noble UMC (Legislative Item 121), which discontinued Oct. 28, 2012.

This resolution would encourage churches served by local pastors to voluntarily pay into the Illinois Department of Employment Security to provide a safety net for discontinued local pastors, who are currently unable to collect unemployment when discontinued.
State law does not require local churches to contribute to the state’s unemployment insurance fund. However, local churches can seek permission to become a voluntary contributor. The conference chancellor notes that churches would pay an amount based upon total payroll of the church and for at least a period of two years.

Each year, the Committee on Equitable Compensation recommends minimum salaries for pastors in full connection, associate members, provisional elders, and full-time local pastors.
The Committee is recommending a 3 percent increase for 2014, meaning that minimum salaries for clergy in full connection, associates members and provisional elders be set at $38,084; and $34,948 for full-time local pastors.

The Council on Finance and Administration is proposing a $12,237,996 budget for 2014 – an increase of 0.80 percent (Legislative Item 103). Budgets for Equipping and Connecting Team, Congregational Development and the Benevolence budgets which feed into the Conference budget are also included. Legislative Item 103A is a narrative budget providing a description of each line item.
Legislative Item 104 are the CCFA policies which govern how distributes apportioned funds and other operational policies.

Legislative Item 109: Editorial changes necessitated by the publishing of the 2012 Discipline. The proposed changes are not substantive but editorial in nature, aligning with the new Book of Discipline.
Legislative Item 110: This proposed change would allow candidates running for General and Jurisdictional Conference delegates to provide a 200-word statement for use in The Current and other election materials. The current limit is 50 words.
Legislative Item 111: Proposed changes to the Standing Rules regarding the nominations (requires 2/3 affirmative vote).
Legislative Item 112: Urges churches to purchase primary coverage for bonding. Although churches are bonded through the Annual Conference Blanket Bond Policy, recent incidence of theft and embezzlement has proven the Conference’s coverage inadequate to cover the losses. Churches would be urged to consider the Conference’s policy as a backup to their own (requires 2/3 affirmative vote).

Legislative Item 123: Committee on Congregational Development Guidelines for Chartering. The legislation proposed specific benchmarks for chartering guidelines for a full-time appointment; chartering for a less than full-time appointment; and for a mission congregation.
Legislative Item 124: Covenant relationship between the IGRC and the United Methodist Children’s Home in Mt. Vernon. The legislation spells out expectations for both parties. Similar agreements have been approved for other health and welfare agencies.
Report 301: Advance Specials for 2014. This report lists Advance Specials that have been approved for second mile giving support.
Report 302: Report of Budgetary Income and Expenses.
Report 304: Report of Preachers’ Aid Society. The annual conference constitutes the corporate body for Preachers’ Aid Society, so PASBF conducts a “meeting within a meeting” to report on the past year’s activity. PASBF has been serving retired clergy and spouses for more than 140 years.
Report 305: Report of the IGRC United Methodist Foundation. The Foundation is primarily a resource for local churches, conference agencies and conference committees.
News