Reflections on the first Wesley Foundation 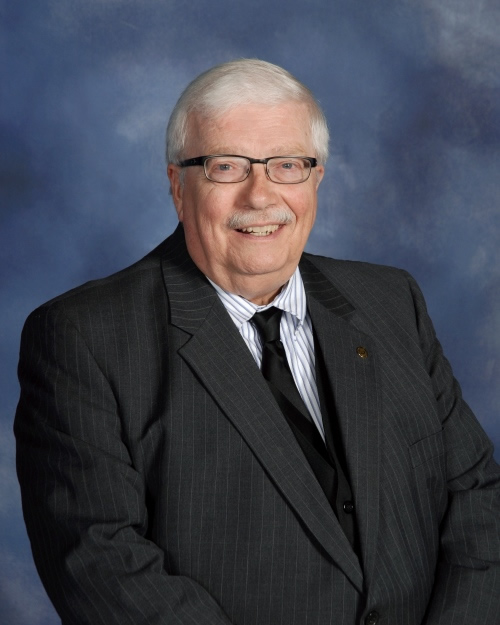 URBANA -- The 100th anniversary of the first Wesley Foundation is Oct. 13 of this year.

It has been 100 years since the Wesley Foundation movement was begun. And let me fill you in on a couple realities from those good old days.

The congregation that gave birth to the notion of a student ministry at the University of Illinois was Trinity Methodist Episcopal Church in Urbana. The part of Urbana where they were located was low-income and low-esteem.  Town’s folk in those days called it Oklahoma, and that wasn’t a compliment.

Moreover, the University itself was called, “Cow College” because it dealt most with farms and agriculture.

Whatever status there is now of being a Land Grant University and a major research and teaching university, that was not the reputation in 1913 when the Wesley Foundation was founded.

As a matter of fact, the Methodists were not eager to start a church ministry at the University of Illinois because there were already church-related colleges at such places as Illinois Wesleyan, MacMurray College and McKendree College.

Here was the thing. The state universities were characterized as hostile environments. The state universities, themselves, welcomed the possibility of an active church presence at the university. But the church was mostly opposed to it. From the General Conference to the annual conferences, speeches were made which opposed what was perceived to be competition with the church-related schools.

The opposition was sometimes bitter. The Rev. Willard N. Tobie, then pastor at Urbana Trinity M.E. Church, was denied the platform at the Southern Illinois Annual Conference session. The denominational publication, The Christian Advocate, published an article entitled, “Our First Duty is to Our Own Colleges.”

A rivalry developed in which name calling and personal attacks became common and vitriolic in character for the entire time from 1910 to 1920. A bishop of the church referred to the University of Illinois as “Heathendom” and refused an invitation to come and preach there. Others called it “godless” and refused to appropriate denominational funds for such a foolish venture.

Others, of course, with greater vision, saw the possibilities of having an organized presence at state universities, and leaders in the community as well as on campus began to lend their support.

Properties were purchased. Capital funds were organized. Students were recruited and carried so much of the program. Papers were signed. A huge ministry was born.

Then the Great Depression hit.  The bonds which the Foundation had issued to raise money could not be met. There is an entire file at Wesley that I call the “File of Tears” in which people begged for their interest money on the bonds to be met just to pay for their food and bills.

The ministry nearly folded. Then the church began to figure out how to meet the crisis with additional personal sacrificed and such traveling by the then Director Paul Burt who spent years of preaching on Sunday and leaving on Monday to beg from alums and friends to keep the ministry alive. He would return to Urbana on Friday or Saturday, exhausted, to prepare for worship on Sunday and travel again on Monday.

I tell you all of that simply to tell you this.  The Wesley Foundation Movement is alive and well around the world with stories like these and heroes galore.

It is, of course, a testimony to the witness of the Pentecostal Holy Spirit that has caused such a witness of faith and outgrowth of ministry.

Thank you for making this occasion so fruitful and significant. You have much to be proud of. Send your kids to college and make sure they become involved in a United Methodist campus ministry that will be there.

(The Rev. E. Paul Unger is a retired IGRC clergy member that served as pastor of Urbana Wesley UMC and Director of the Wesley Foundation at the University of Illinois from 1977 to 1985. These remarks were written for the Campus Ministry dinner at the 2013 Annual Conference but were not used as part of the festivities at that time.)