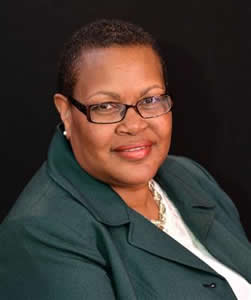 All three appointments followed consultation with the respective districts’ Committees on Superintendency in accordance with the disciplinary process.

Booker-Jones will succeed Hwang, who has been Iroquois River District Superintendent for the past six years.

"Like John Wesley, Rose's vision is the world is my parish," Keaton said in making the announcement. "She has exhibited servant leadership at every level of the church. For example, Rose has chaired the IGRC Board of Ordained Ministry, chaired a coalition of pastors in East St. Louis focused on community social justice and is currently serving on a General Conference Committee of Strengthening the Black Church for the 21st Century.

“I consider it a blessing to serve the Illinois Great Rivers Conference in a new way. While it will be tough leaving a wonderful church it will be exciting to begin a new ministry that has the possibility of helping clergy and churches in the Iroquois River District claim God’s future for their ministry,” Booker-Jones said. “I also consider it a blessing to help our Bishop accomplish the vision God has given him for this conference. It is my hope and prayer that together we can reach more disciples of Jesus Christ and ‘be’ the church that God has ordained for all people.” 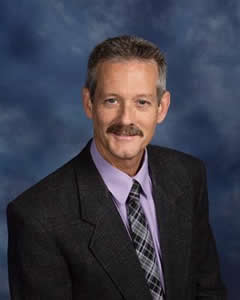 Keaton said that Grulke, currently pastor at Quincy Vermont Street UMC, "brings a wealth of local church and like experiences to the Superintendency. He will focus on the spiritual needs of pastors and be an advocate for all God's children."

Grulke affirmed relationship building as key to leadership. “We have all heard it said that ‘people don’t care what you know until they know you care.’ Building relationships has been for me a core principle before folks want to trust your leadership,” he said. 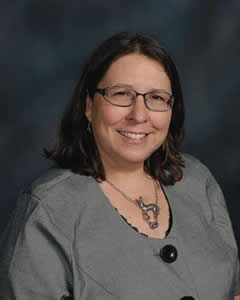 Keaton also affirmed Eastin’s leadership at all levels of the church. “Carol has been a clergy member for more than 30 years. She has served local churches and in a national leader for Native American concerns,” he said. “Though surprised by this appointment, Carol’s faith and trust in Jesus Christ will equip her for the journey.”

“I am honored to be invited to serve in this way, and will trust in the Holy Spirit to be our guide in this new territory,” Eastin said. “God is doing a new thing in The United Methodist Church, and I am so glad to be a part of God's plan. I'm always looking for the ways our church can meet the people, where relationships can start and grow.” 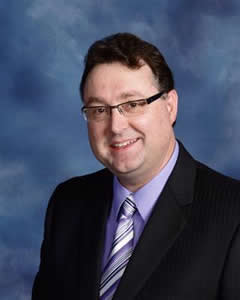 The IGRC Personnel Committee is currently taking applications under a search process approved March 10. The classified ad can be viewed in this issue of The Current and online at: www.igrc.org/classifiedsdetail/96209 and the job description can be viewed or downloaded at: www.igrc.org/dcm_jobdescription (there is an underscore between dcm and job description). Deadline for application is April 11 and IGRC clergy are required to obtain permission to apply from the Cabinet.

A native of Kansas, Booker-Jones has served in a variety of ministry settings including three African Methodist Episcopal churches, working with the Kansas City and Wichita police departments as a program manager and director of police records; and has served churches in East St. Louis and Peoria over the past 11 years within the IGRC.

A graduate of Perkins School of Theology, Booker Jones, was ordained an elder in the AME Church in 1985, with her orders recognized in 2003 by the former Kansas West Conference prior to transferring to the IGRC. She is a former chair of the IGRC Board of Ordained Ministry.

A native of Chicago, Grulke is a product of a clergy family where his father served with Bishop Keaton on the Cabinet of the Northern Illinois Conference prior to Keaton’s election to the episcopacy. He received his bachelor of arts in communication from Southeast Missouri State University, his master’s degree from Garrett-Evangelical Theological Seminary and his Doctorate of Ministry from United Theological Seminary.

“Some of my most valuable ministry lessons have included the use of film and television to illustrate truth in my study and preaching,” Grulke said. “It was in the use of parables that Jesus took divine truth and applied it to the practical journey for discipleship. Visual media provides the inspiration of contemporary parables.”

Grulke began ministry in 1978 with a student appointment in the former Southern Illinois Conference at Jonesboro. Since that time, he has served Grayslake (in the Northern Illinois Conference), Hardin County Parish, Centralia First Associate, Oblong Central, Belleville Signal Hill, Galesburg First and Quincy Vermont Street. In 1999, Grulke served the Methodist Church at Gravesend, England, as part of an exchange program and participated in a clergy mission trip to Liberia.

He and wife Kathy have two grown daughters, Sara and Rachel.

A native of Peoria, Carol Lakota Eastin is a graduate of MacMurray College where she received her bachelor’s degree in music education and psychology. She received both an M.Div and an MA in Christian Education from Methodist Theological School in Ohio and a master’s degree in counseling psychology from Illinois State University.

Eastin entered the former Central Illinois Conference as a probationary member in 1979 and ordained in full connection in 1983. Her pastorates have included a variety of ministry settings, including four different appointments to multiple church parishes (including one in West Ohio);
as a pastoral counselor for a hospital counseling center; and as a missionary of the General Board of Global Ministries to the United States to work with Native American people. She was the founding Pastor of the Native American Fellowship-Dayspring UMC, East Peoria.

While serving on the General Commission on Christian Unity and Interreligious Concerns,  she co-chaired the committee on The Act of Repentence With Indigenous People that was a part of the 2012 General Conference. For the past five years, she has served as directing pastor of Rantoul First UMC.

She and husband WIlliam, an ordained IGRC elder, have a grown son, Luke. Another son, William, died in 1998. 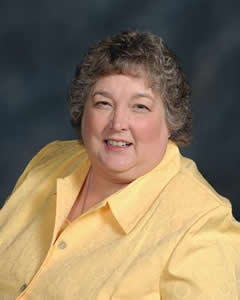 “It is with a mixture of joy and sorrow that I write to tell you that I am retiring July 1. I had planned to finish my six years as District Superintendent in 2015 but changing circumstances make this year a choice that I believe God has led me to,” Jones wrote in a letter to her district. “I look forward to moving to Fort Myers, Fla.,  to live next door to my parents and work part-time in ministry. Illinois Great Rivers Conference will always be home for me. I am especially thankful for the support and care I have received in the last year during my husband Mike's illness and death. It has been a great experience to be in ministry to serve here among you and I look forward to being with you until July.”

Jones is finishing her ministry that included pastorates at the Westmer Larger Parish, associate at Quincy Vermont Street and chaplain at Chaddock; Champaign Countryside; Charleston Wesley and two terms as superintendent – on in Jacksonville/LaMoine River District for eight years and most recently, as Kaskaskia River District Superintendent for five years.
News