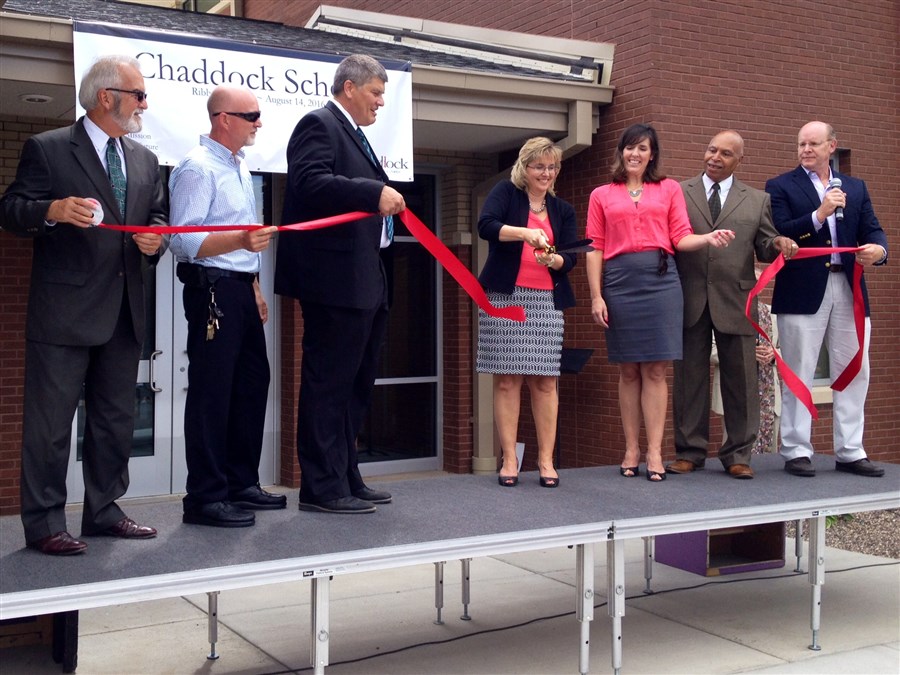 QUINCY -- As hundreds of friends, supporters and staff looked on, the ribbon was cut and the doors officially opened Aug. 14 on the newly-constructed Chaddock Education Center.

Built in response to a dramatic increase in demand for the specialized services Chaddock offers, the $11 million project provides the therapeutic and emotional environment their students require for optimal learning and therapy. It replaces the former school building, which was built in the late 1950s and designed for about 45 students. Chaddock’s current student enrollment is 90 students, and is expected to climb.

“I began working here 22 ½ years ago and I can remember hearing about the need for a new school even then,” said Chaddock President/CEO Debbie Reed. “That dream was sometimes delayed, but it never went away. When ideas and dreams like that don’t go away, I think it is a way God has of speaking to us,” she added.

The need for a new school became critical as enrollment increased, and plans for construction began anew in 2012.  A new fundraising effort officially began in March of 2013, garnering support from individuals, foundations, church groups, and other organizations across the country. In February 2015 the Chaddock Board of Trustees approved a financing plan. Ground was broken in May of 2015 with the goal of having the new school ready to accept new students in August of 2016.

“Over the years, there have been so many hands, including those of our supporters, who have helped shape this school. They are the ones who built the foundation,” said Reed.

Jerry Douglas, Chaddock’s Director of Education for 16 years, remarked, “This is the most exciting time I can remember at Chaddock School. Over the past year as the construction progressed and the new school developed, excitement, enthusiasm, and even a sense of awe gripped the staff.  We are discussing the new facility from the vantage point of new possibilities, outcomes, and opportunities to reach, connect, and teach our students and impact their families,” Douglas said.