By Paul Black
PEORIA – IGRC Coordinator of Congregational Development Mike Crawford was selected as the Denman Evangelism Award for clergy, while young adult Madeline Harrison of Canton Wesley UMC and Ean Fox of Kinmundy UMC were selected as the laity and youth recipients of the evangelism awards.

Bishop Jonathan D. Keaton was awarded the Peter Cartwright Lifetime Achievement Award and all four were recognized on Friday as part of the Connectional Ministries report. 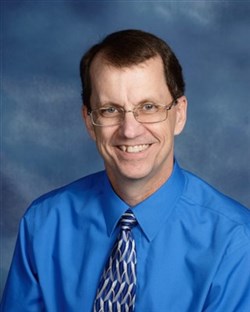 Crawford is recognized throughout our jurisdiction as a “developer of church developers.” His ministry since 2003 has been starting and revitalization congregations throughout our conference through equipping and empowering of others – coaching, mentoring, nurturing, and occasionally dragging them throughout the process.

“Mike loves Jesus. Mike loves people. Mike loves The United Methodist Church,” said the Rev. David Kueker, chair of the IGRC Evangelism Committee in making the announcement. “His greatest joy is introducing people to Jesus and establishing and strengthening United Methodist congregations where those people can grow in faith until they become fruitful and productive.”

He uses a significant portion of his time, energy, and creativity not only leading our own churches to become more faithful to our Lord’s call to evangelize, but also in discovering, evaluating and implementing how other United Methodist Conferences and Denominations are seeking to fulfill this call. He conferences with Congregational Development Leaders across our connectional system to enhance his own knowledge of evangelism and how to share the Good News to a world in need. 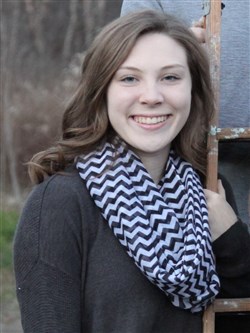 Harrison will be a senior at Spoon River Valley High School in London Mills, and has been an active participant at Canton Wesley UMC entire life.

“Madeline is full of joy, loves to worship, and is not afraid to ask questions about her faith,” Kueker said. “After a senior high mission trip to Alabama following her sophomore year of high school, Madeline became passionate about reaching others for Jesus Christ.”

She started out small, inviting her boyfriend to come to Church and youth group with her. Then she invited another friend. Then two more. Then more.
Her method has been to give friends a connection card to Wesley’s Wednesday night youth program – where they meet for Bible Study, worship and games – and to offer them a ride. After they are involved on Wednesday night, she invites them to Sr. High Bible Study on Sunday evening.

The group now coming through Madeline’s efforts has grown too large for her own car. Her mother has had to start driving as well to ensure everyone has a ride.

Canton Wesley’s senior high youth group has more than doubled since Madeline started inviting others and others started following her example.

Her pastor notes, “I can think of at least 6 students who are actively involved with our ministry because of Madeline. 2 of them will be baptized soon. 3 of them have signed up to join us on our summer mission trip. 1 student began bringing his mother and father to Church with him, and their family will all be joining the Church by profession of faith.” 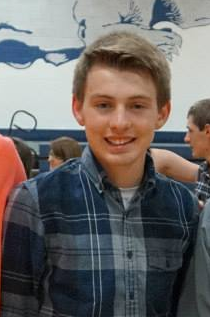 Fox began his faith journey at a young age but, in these last three years, has truly become an Ambassador for Christ to his peers and beyond.

A junior at South Central High School in Farina this fall, Fox is an active participant at the Kinmundy First UMC where he helps with audio/video setup and runs all of the tech equipment, audio, and slides on Sunday morning.

One of three founding members of Friday Night Unite, Ean has worked with the United Methodist and Christian churches of Kinmundy to develop and provide a positive place for teens to worship, have fun, and learn about Jesus Christ. Recreational activities and pizza usually follow the youth led worship service.  From a high school with 183 students, Friday Night Unite draws an average of 40 to 50 youth and sometimes has as many as 75 in attendance.

He is active in sports, particularly the varsity basketball team, and has recently been elected state vice president of the Future Business Leaders of America. 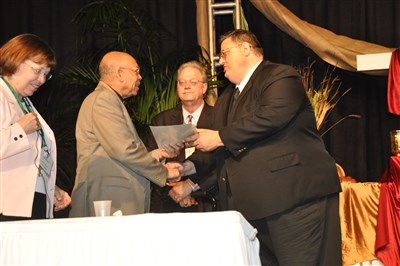 Bishop Keaton, who will be retiring at the end of August, spent 46 years in active ministry, including 20 years as a bishop of The United Methodist Church.  The Peter Cartwright Lifetime Evangelism Award is presented to an individual whose exceptional leadership qualities have helped our conference in making disciples of Jesus Christ for the transformation of the world.

This person’s lifetime example challenges our pastors and lay people to share the Good News of Jesus Christ with others. Whereas the Denman awards are given in each annual conference for a period of work, the Peter Cartwright Lifetime Evangelism Award is given only by this conference to a retired pastor who has reflected this work throughout their career.

The award is in its second year and is presented through Discipleship Ministries of The United Methodist Church which recognizes churches and leaders who are turning things around in making disciples of Jesus Christ.

The award seeks to encourage churches to begin reversing the trend that saw more than 70 percent of UMC congregations in the United States not recording any baptisms for anyone age 13 or older in 2013; and 55 percent did not baptize anyone age 12 and under, according to the General Council on Finance and Administration (GCFA). In addition, 50 percent of local churches did not have any professions of faith that year.

Church growth awards were also announced with presentations to be made by district superintendents in the churches during this summer.