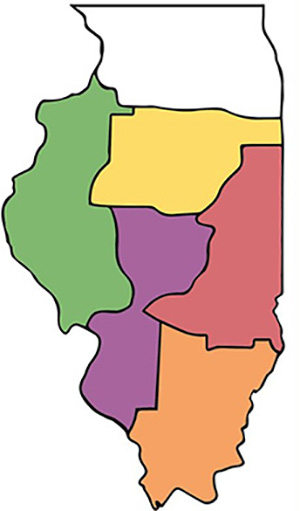 By Paul Black
SPRINGFIELD – The Extended Cabinet of the Illinois Great Rivers Conference will be bringing legislation to the 2023 Annual Conference formalizing new names for the five configured districts as part of its reorganization efforts.

The Cabinet announced Dec. 8 that interim names using the existing districts names together, will be used from July 1 to Dec. 31, 2023, with the new names, if approved, becoming effective Jan. 1, 2024. The names are as follows:

At the 2022 Annual Conference, members approved a Cabinet proposal to reduce the number of districts from 10 to five, effective July 1, 2023. The recommendation on names and office locations came as a result of listening sessions held in October and November centered around three questions:

Bishop Beard said he is inviting United Methodists to consider these three questions during the Listening Session: Superintendents will be convening leadership in the five new districts to develop transition plans and to structure a new way of superintending.