Judge rules Conference has cause of action against breakaway congregation 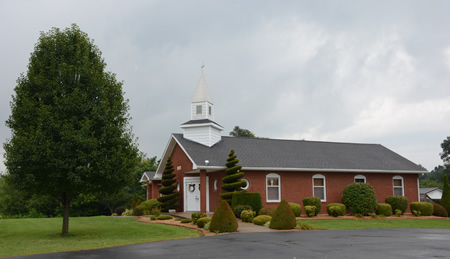 In a Feb. 10 ruling, Judge William J. Thurston ruled that the real estate claims of the conference made through the Trust Clause would be sufficient for the Conference to reclaim the property if they prevail on the merits. However, Thurston ruled that claims to personal property (equipment, bank accounts and other items) had not been established and gave the Conference 28 days to file an amended response to the personal property claims. Conference officials will be meeting with legal counsel before filing any response. In the absence of any further procedural motions, the matter is ready for trial.

The Feb. 10 ruling followed a hearing July 21, 2016, on a motion to dismiss brought by the church, which declared its independence from the United Methodist denomination in March 2015.

In a letter to Bishop Jonathan D. Keaton, the episcopal leader at the time, members of the church announced they were leaving the denomination because they wanted to have more autonomy on who their pastor would be. A church trustee later was quoted by a media outlet as indicating a U.S. Supreme Court ruling legalizing same-sex marriage would require the church to provide a venue for same-sex marriages even though the Book of Discipline, the denomination’s law book, specifically prohibits such activity.

In later correspondence, the church’s pastor, Rev. Tammy Horn, inquired as to what the conference would ask for the congregation to purchase the property. She also indicated that she would discontinue as a local pastor, effective June 30, 2015.  Horn continues to pastor the church with no denominational affiliation.

The sequence of events seems to follow Horn’s status as a United Methodist local pastor.   Conference journals show that Horn was discontinued by the 2014 clergy session after she failed to complete the required Course of Study for local pastors, finishing only 1.75 years of the required 5 years of education over a 10-year period. She was reinstated as a local pastor Aug. 28, 2014, but was facing discontinuance when the Cache River District Committee on Ministry did not approve her for the 2015-16 year.

When Horn notified the bishop that she would discontinue as a local pastor, Keaton appointed the Rev. Alan Milligan, pastor of nearby Karnak UMC, as Ohio Chapel’s pastor. However, when Milligan showed up for his first Sunday as pastor, he was barred entry to the church.

Karnak and Ohio Chapel have done various ministries in partnership, including a joint Vacation Bible School, but the church refuses to recognize Milligan as its pastor.