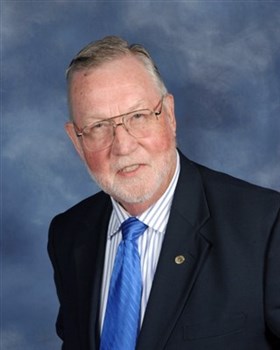 The award was announced at Thursday’s Social Justice Dinner during Annual Conference.

Palmer, 80,  served United Methodist churches in Central and Southern Illinois for nearly 43 years as well as many committees and boards in the Illinois Great Rivers Conference. He is a familiar face for those engaged in social actions concerning race relations, troubled youth, civil rights, drugs and most recently, gun violence.

His family was personally touched by the Feb. 14, 2008, campus shooting at Northern Illinois University where his granddaughter, Ryanne Mace, was one of five killed by a lone gunman.

One way he has dealt with this personal tragedy was to author curriculum entitled A Christian Response to Violence, which is available to anyone upon request. His involvement in areas of social justice have impacted people of many ages and ethnicities and the results have been long lasting.

Born in Ft. Worth, Texas, Palmer has spent most of his life in Illinois. He received his bachelor’s degree from McKendree College; a master of divinity from Garrett Theological Seminary; a doctor of ministry from Christian Theological Seminary in Indianapolis, Ind.

He and wife Janet are the parents of four adult children, five grandchildren and eight great-grandchildren.

The IGRC chapter of MFSA awards the Cramer-Heuerman Award in odd-numbered years in memory of the late Rev. Jean Cramer-Heuerman who devoted her energies to such endeavors. A plaque with the list of all the clergy recipients since 1999 hangs in the Watseka Room at Urbana Wesley UMC.