Prejudice and purging: World War I and the demise of the German Methodist Church

One well-known instance of brazen violence against those of German-American descent occurred when a man was lynched in Collinsville, on suspicion of German heritage. While the only recorded lynching of a German-American during the war, the act reflected the air of hostility and hate present in the country.

Of course, the war and the prejudices of the American people changed the culture of German-Americans. Hyphenation was condemned, and everyone had to become 100 percent American.

From humble beginning, the German Methodist Church grew until it was an old and respected institution in the early 20th century.  Before World War I, the German Methodist Church thrived.  In 1915, ten German-speaking conferences existed serving between 60,000 and 70,000 German-Americans in 740 congregations.  Several colleges and other institutions along with a high quality theological magazine were founded and maintained by the various German conferences (Luebke, 40).

Well-established, organized, and funded, the German-Methodist Church contributed much to the missions of Methodism.  During World War I, the major persecution of German-Americans occurred, hyphenation was condemned, and everyone had to become one hundred percent American, and the prejudice against Germans and German-Americans led to the harassment and decline of the German Methodist Church.  The Methodist Church, internalizing the message of Americanization, hassled and bullied its own German Methodism branch.

At the same time as the war was beginning in Europe, the American German Methodist church reported “an increase in nearly all directions” (Central Christian Advocate, Sept. 16, 1914, 16). From 1913 to 1914, before the war, the German-language conferences experienced an overall boom throughout the country.  The St. Louis German conference, for instance, had more than 9,000 in 1914.  Across the nation, membership in the German Methodist conferences increased from 61,872 in 1913 to 62,390 in 1914 (Central Christian Advocate, June 30, 1915, 11-2). This growth showed the strength of the German Methodist Church in the period immediately before World War I.

During World War I the United States experienced a few years of ostensible neutrality and then declared war on Japan and Germany.  Anti-German hysteria and the push for Americanization ravaged the German Methodist church, closing 52 individual churches and turning younger preachers away from joining the German Methodist conferences (Luebke, 291).  The weekly periodical of the Methodist Church, The Christian Advocate, depicted the increasingly hostile attitude of Methodists toward the German-speaking brothers as well as a defense of their conferences by German Methodists and their supporters. 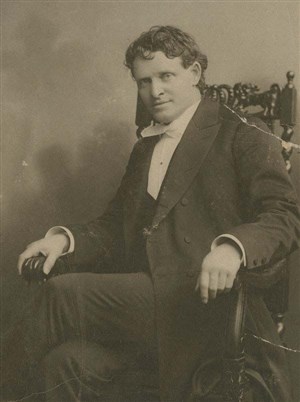 In 1914 anti-German emotions arose across the United States, and The Christian Advocate reported on some of the actions taken against Germans and the German culture.  The Church felt the resonance of the rising anti-German feelings.  In April of 1915 the magazine printed an article promoting Americanization that drew a large response.  Bishop William Alfred Quayle wrote that the foreign-speaking Methodist conferences had served their purpose, but now that immigration was declining, the foreign-language conferences should be merged with their English-speaking counterparts as the Norwegian-Danish Conference had done. (Central Christian Advocate, April 14, 1915, 10). Seeing the slump in immigration due to World War I, Bishop Quayle conjectured that the mission of foreign-language conferences was finished and that the war would demand Americanization.  (Daniels, 1997, 79).   Bishop Quayle wrote:

“In the coming days, more even than in the past days, America will demand that citizens of foreign birth amalgamate themselves more speedily with the American idea and the American speech and the American folks.  Americans are we and Americans we ought to be and this is not less so in religious matters and denominational matters than in civic matters.”

Quayle’s suggestions were pragmatic, if biased, and foreshadowed the increasingly hostile American attitude toward immigrants.  Many in the United States doubted German-American loyalty; Quayle utilized the fear and nativism to argue that to be a true American Methodist the person had to be fully American.  Americanization and nativism was on the rise within the church.

That we voice our disfavor of any present movement for consolidation as advocated lately by a good bishop in The Christian Advocate, and that it is our conviction that for the successful continuation and development of our work and the education of our German Methodists and their descendants and for the further existence and development of our institutions, the organizations of our districts Annual Conferences and the 14th General Conference District are absolutely necessary and that we protest emphatically against any change or discontinuation that might be intended.

The German Methodists present at the conference also made a resolution addressing the spreading anti-German hysteria and prejudice:

We protest against the term “hyphenated Americans” invented by an anti-German spirit and mainly applied to Americans of German descent.  English and other nationalities are “hyphenates” in the same sense and degree.  Whoever has sworn to the Stars and Stripes is an American.  Americans of German descent are Americans second to none and the term “Hyphenates,” applied in a special sense, is unfriendly and, as we believe, undeserved (Central Christian Advocate, August 18, 1915, 12).

German Methodist leaders recognized the anti-German hysteria being drudged up with World War I.  The German Methodists sought to calm the hysterics if possible among their Methodist brethren.  The need for the resolution also expressed the upwelling of anti-German emotion among the populace and among Methodists.  Many of the Methodists the leaders tried to reach were those pushing for the integration of the German Methodists conferences with their English counterparts.  Wishing to spread the message of acceptance they created the resolution to turn awareness of the Methodists to the power of language to determine patterns of thinking.  The question of the hyphen further expanded into national awareness with the US entrance into the war.

German Methodists realized that their embrace of the German culture and language would be even larger targets of prejudice and suspicion after the United States entered the war than even in the period before.  Bishop Henderson contended in the Apologist, the German-language publication of the German Methodist church:

Methodism has always been bound up with patriotism. . . .  Methodism and Americanism have always been synonymous.  In this hour of national as well as international crisis, every Methodist preacher will be a patriotic leader and every Methodist congregation a flock of true patriots (Douglass, 1939, 7 and Evers, 1964, 237).

Members and leaders of the German Methodist church recognized the bias against them and understood that with the entrance of the United States into the war, the anger and hate towards German culture and anything associated with Germany would grow.  Henderson’s declaration then can be viewed as an assertion of patriotic feeling and a veiled warning to the readers of the Apologist, mostly German Methodists, of the increase in anti-German attitude to be expected.

The Americanization impulse resident in the Methodist Church continued even after the war.  An article published a year after the armistice used an analogy comparing the one hundred percent American to the 100 percent Christian (Central Christian Advocate, November 12, 1919, 8). While the article told the reader that outward displays do not make one Christian, the article’s use of the analogy showed how accepted the image of 100 percent Americanism was at the time and how ingrained it was on the American psyche.  Americans incorporated the propaganda calling for Americanization into their mentality, and the favored analogy showed how deep the internalization was among the public and the members of the Methodist Church.  With unquestioned acceptance of basic Americanization tenets, the Church could not help but try to implement them.