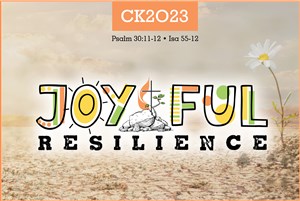 By Paul Black
O’FALLON – Registration is now open for Covenant Keepers 2023, which will be Feb. 27-28 at the Regency Convention Center in O’Fallon.

Registration can be made by visiting: https://igrc-reg.brtapp.com/CK2023

Cost is $25 per person, which includes lunch Feb. 27 and breakfast Feb. 28. Individuals are responsible overnight accommodations and for the Feb. 27 evening meal. Rooms are available at the Hilton Garden Inn St. Louis/Shiloh/O’Fallon and the Hampton Inn O’Fallon, both in near proximity to the meeting site.
Clergy may also have an updated photo taken for a new clergy directory while at Covenant Keepers 2023 or they may upload a photo they wish to use at: https://igrc-reg.brtapp.com/UploadPhoto

Christian comedian David Graham will be one of the speakers with others being finalized.

Graham is a 20-year stage veteran who has worked with stars like Chris Rock, Adam Sandler and Sinbad. He has appeared in the movies Apocalypse, Beauty Queen and Tapestry of Shadows.

His brand of physical, high-energy comedy led him to appear on the ABC- TV series America’s Funniest People, and later on Comedy Central’s Comic Justice, NBC's Last Comic Standing.
Graham is a clean comedian who hits those hard-to-reach areas of the comedic nervous system. From family discipline to a spell-binding Temptations review with David doing all four-part harmony acapella, Graham delivers for his audience.