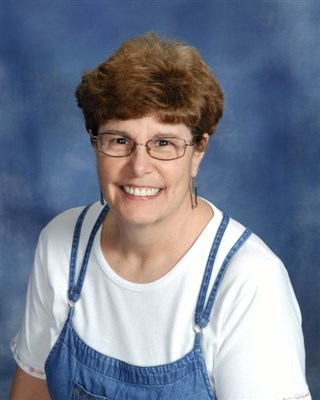 By Paul Black
SPRINGFIELD – IGRC Coordinator of Camping Alice J. Shirley has announced that she will retire on Jan. 1, 2017.

A search is already underway for a new coordinator of camping and retreat ministries that will be able to build on the strong foundation Shirley has laid in her five years of leading the conference camping program.

“My decision to retire was driven by a number of things, but having time for family (especially grandchildren) made the top three,” she said. “I have also become entranced with genealogy and research on family history and I am writing a book that I hope will eventually be published for family members. I also picture myself gardening, canning, cross-stitching, walking, watching all the movies I have missed over the last 39 years, camping and maybe even sleeping in.”

The announcement caps a 39-year ministry career for Shirley, who served a number of churches in the IGRC as well as seven years as Embarras River District Superintendent (2000-2007).

In 2011, Shirley became interim coordinator of camping, retreat and youth ministries for the conference. Under her leadership, the camping ministry was able to identify constraints to the camping ministry’s vitality and align the practices of ministry with the vision and mission of the church.

Probably the most significant was the right-sizing of the camping ministry, which resulted in the annual conference approving the sale of three of the five conference-owned campsites. In April, a master plan for the ministry was approved which will provide a blueprint to the new coordinator. Applications are already being accepted for the position. Deadline is Sept. 30.

Another significant change was the hiring of clergy to be Ministers of Mission Expansion at the two remaining campsites at East Bay and Little Grassy. They are given the task of holding the vision, overseeing the spiritual life of the camp, supervising staff and linking to local churches. The ministry is already increasing its marketing and telling the story of how camping impacts and lives and life vocations.

“It’s been a real blessing and joy to serve the conference and camping ministries for the last five years, as well as learn from other leaders in United Methodist camping ministries across the nation,” Shirley said. “We have been blessed with incredible staff members and volunteers who have done the face-to-face, person-to-person, blood-sweat-and-tears work with campers that transforms lives. IGRC Camping and Retreat Ministries will always be close to my heart and in my prayers.”