Showalter, Lee appointed to the Cabinet

"Both Rev. Showalter and Rev. Lee have the leadership gifts and graces that are respected and noted by their clergy peers," Beard said in making the announcement. "They also have strong connections with the laity that have served."

Beard has appointed Showalter to the LaMoine River District, succeeding the Rev. C. Douglas Rorex but Beard has also announced that Lee will be appointed to a district later in the appointment season.

"The Cabinet is being reorganized and reshaped in an effort to place superintendents in districts where their individual gifts might best be utilized," Beard said. "I will share the completed Cabinet assignments by the end of February."

Beard also alluded to this year's unusual appointment season where a large number of retirements, especially from larger churches, might also impact the makeup of the Cabinet. When asked if that means there may be additional superintendent vacancies as a result, Beard replied, "It's possible." 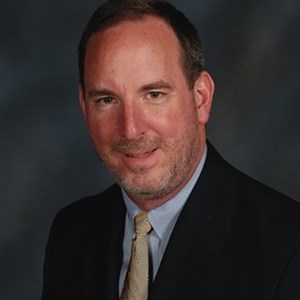 Showalter, currently the pastor of the Maroa UMC in the Sangamon River District, has 30 years of pastoral experience in the former Central Illinois and now, Illinois Great Rivers Conference.

Beard said Showalter was "a great choice" to serve as superintendent of the LaMoine River District. "He is a gifted administrator with a solid, steady track record of effective ministry," he said. "He is a quiet, unassuming leader, a trusted colleague and he is committed to the IGRC. He is known throughout the district and is highly respected."

Showalter says his greatest joys in ministry are in developing and nurturing growing relationships both within the congregation and in the community. He believes that as disciples of Jesus Christ we are called not just to build the church (but even more importantly) to build the Kingdom of God in the communities where our congregations and their people are in relationship.  He values the need and opportunity of a local congregation to extend itself into the community rather than waiting for the community to be drawn to the church. His faith was nurtured as a child in traditional worship style in a traditional church. And he is challenged and open to the ways in which God may be moving and calling us as disciples in unexpected and non-traditional ways.

He is married to Jill (Shirey) from Danville. She holds a nursing degree from Illinois Wesleyan University and has professional experience in medical/surgical, dermatology, home health care, phlebotomy, geriatric, clinical family and pediatric nursing and has served as a clinic coordinator. She enjoys flower gardening and scrapbooking as time allows.

Nic and Jill are the parents of two adult daughters: Hannah, and Sarah. They are the proud grandparents of Elijah.

In addition to various services on boards and committees of the church, Showalter is enjoys landscape photography and is a certified umpire in high school baseball and softball through the Illinois High School Association. 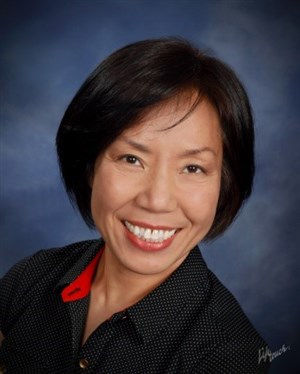 Lee, currently associate pastor of Bloomington Wesley UMC in the Vermilion River District, began her ministry in the West Ohio Conference before being appointed to the Illinois Great Rivers Conference in 2004.

Beard said Lee is a "highly competent and effective pastor" who has served in a variety of positions within the IGRC. "She is viewed as a compassionate and caring pastor with excellent organizational and relational skills. Angie is a 'team player' that brings a deep spiritual depth and a commitment to Christ that is contagious."

Born and raised in Seoul, Korea.Lee is a graduate of Ewha Women's University (Bachelor of Science in Mathematics Education and Master of Arts in Old Testament Theology) in Seoul. She received my Master of Divinity in 2004 from United Theological Seminary in Dayton, Ohio, and was ordained as an elder in the Illinois Great Rivers Conference in 2009.

In addition, Lee has served as co-chair of the Order of Elders since 2014, has taught in the Course of Study since 2011 and has been a part of conference-wide initiatives on clergy health and wellness.

Lee is married to S. J. Lee, who is an auto mechanic. Together, we have two children. Christine, a graduate student at New York University and Alex, a student at Illinois State University. The family's favorite hobby is traveling.

"In seeing the beauty of nature and meeting people, we are in awe of God's creation and His work among people," she said.

In her spare time, Lee enjoys exercise, such as yoga and going to the gym, as well as playing the piano and guitar.